So there I was, sinking into one of the couches surrounding the television in my friend’s home, desperately trying not to fall asleep while watching whatever garbage was currently playing.  It was then that I decided to take control of the situation and put something slightly more interesting on.  I reached into my “Bag of Too Many Games” and pulled out some of the best party games I could find in an attempt to entertain the soon to be slumbering group of people.  Behold, the some of the party games I think are pretty rad.

I don’t know if I’ve mentioned my love for physics-based mayhem before, but it’s a big part of why Gang Beasts is so appealing to me.  It’s this wonderful mix of sloppy combat and physics wackiness that makes it so fun to play with other people.  Once everyone gets their mind around the way things work in this vibrant battleground, it immediately turns into a situation of who can break the game in their favor fastest.  The concept of just knocking your opponent out, picking them up and hurling them off a moving truck is incredibly appealing to me, and it definitely has won over several of the people I’ve shown it to. 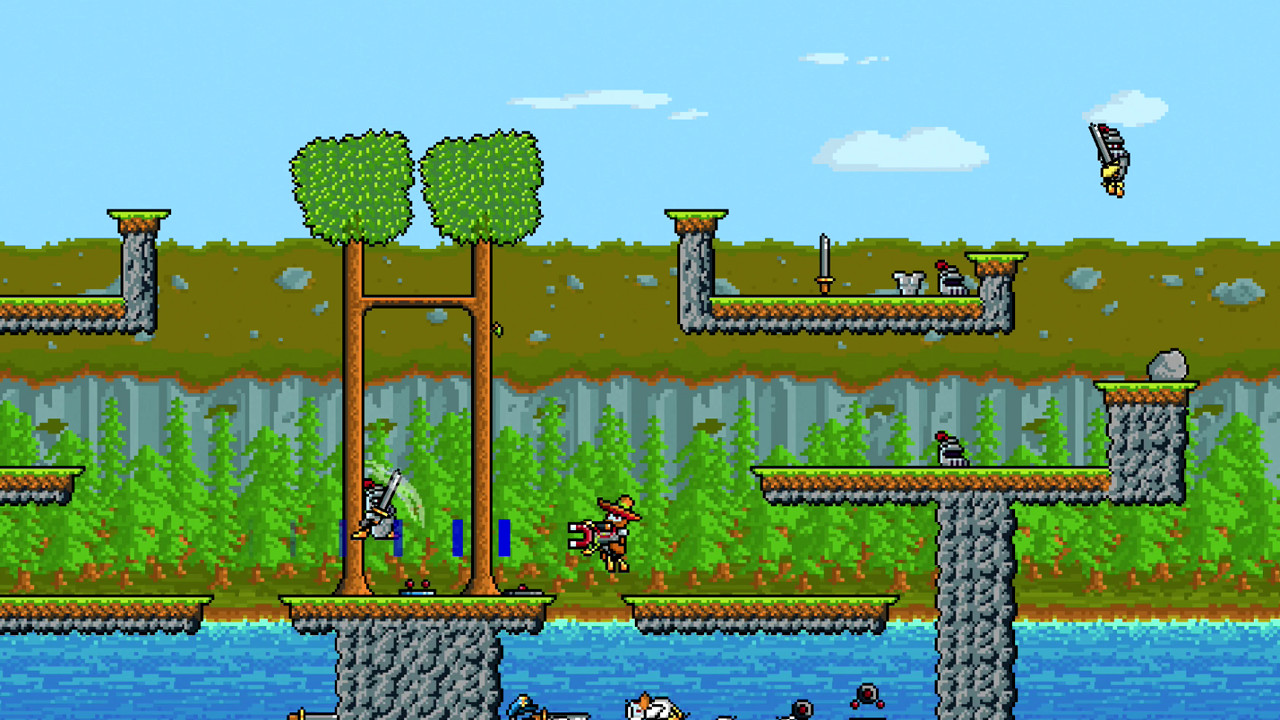 Imagine a nightmarish scenario in which you’re surrounded on all sides by bizarre costumed ducks with a fondness for the Second Amendment.  While it would definitely be among the worst real world situations you could find yourself in, it makes for a really fun party game.  The controls aren’t too complex which makes the entire thing a little more accessible to new players.  Also there’s a quack button.

The Jackbox games might secretly be the best party games currently available.  The decision to not rely on controllers and use a browser-based solution instead was brilliant.  Showing people who never play games this “magic trick” is a high point for me as well because the entire game becomes so much more intriguing to new players when they don’t have to use a controller to interact.  Aside from that, the games are mostly fun.  There are some stinkers in each pack, but for the most part they’re all good candidates for a fun time with friends.  A good way to start would be with Fibbage, which I’m pretty sure is represented in most of the packages. 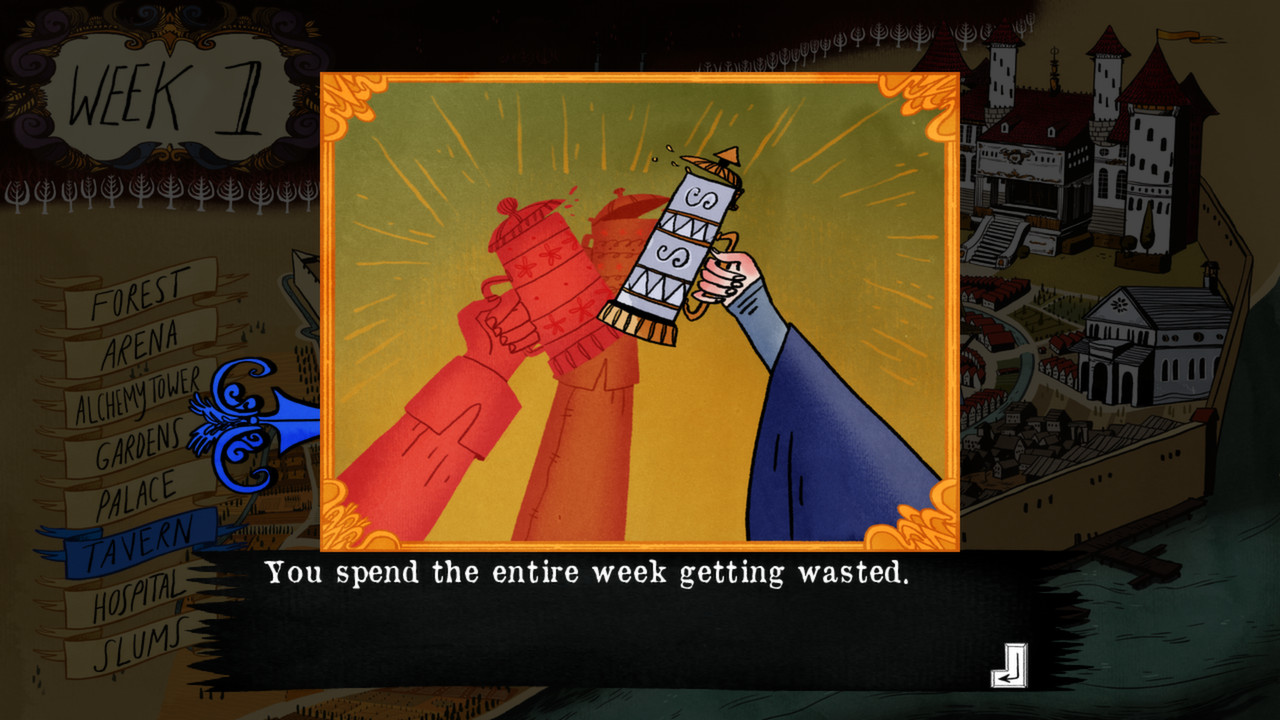 This one is a little more divisive than the others on the list.  I think you need a very specific kind of group of people to really enjoy The Yawhg.  The way the game works is that up to four people pick a character to control for six turns.  You’ll do stuff like get wasted or fight crime or learn magic, all of which grant you skills and gold in return.  Once the six turns are up, a destructive force called “The Yawhg” swoops in and destroys the whole city.  Depending on what actions you took before and after the incident, your story plays out differently.  It’s a multiplayer “choose your own adventure” book that has awesome art and only takes like twenty minutes to play.  It’s one of my favorites. 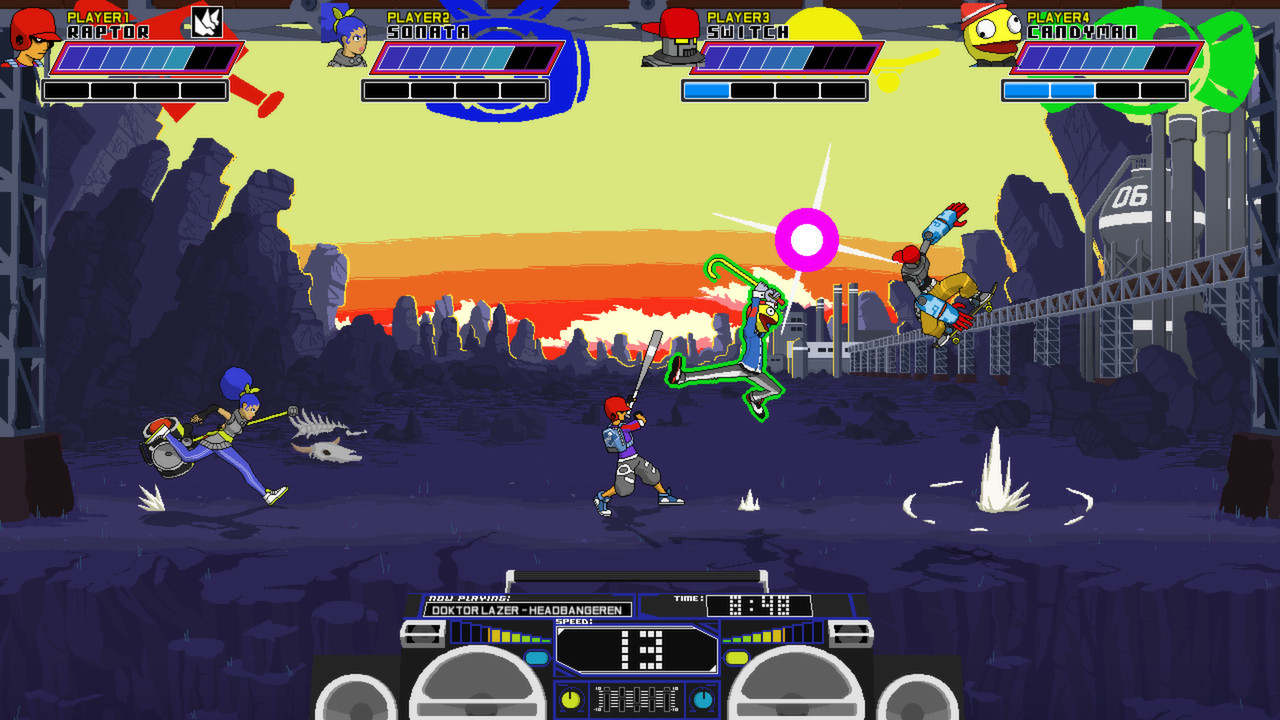 You know what’s great about Lethal League?  Everything.  It’s this super hectic, fast paced game about hitting a ball so fast it kills your opponents.  It’s this mix between racquetball, dodge ball and anime that makes it so fun.  While there are some other modes, the main crux of what you’re doing is volleying the ball back and forth with your opponents until it reaches a speed that one of you can’t react to fast enough.  I have to emphasize that when I say it’s hectic, I mean it.  It can be overwhelming if you’re not expecting it. 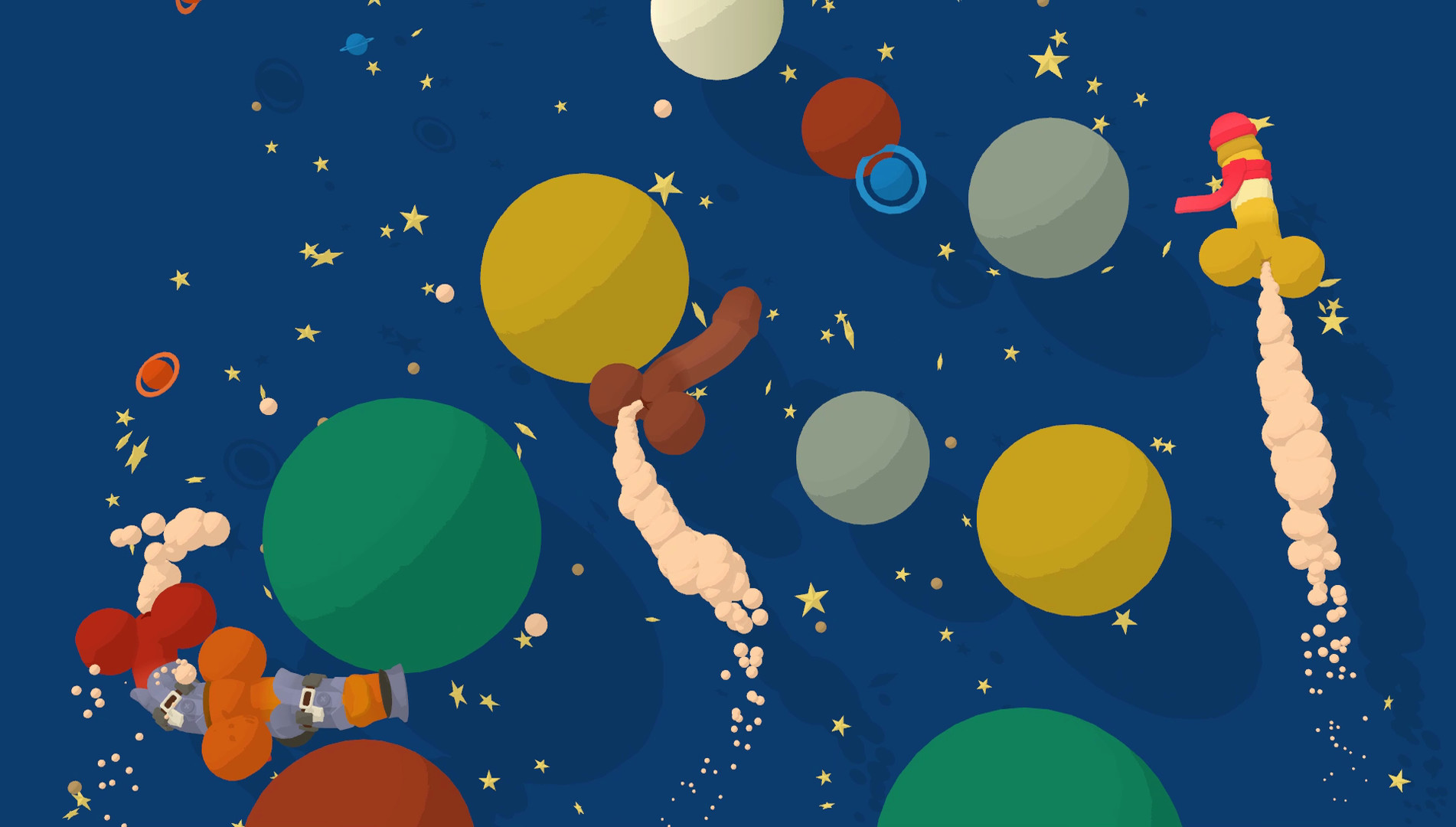 Okay, look… I don’t know how the scoring works, or what kind of other multiplayer modes there are in it, but what I do know is that Genital Jousting gets the attention of every person in the room without fail.  There’s no good way to describe what you do in this game, but it involves doing penis like actions to other penises.  The game itself is fine, but if you’re looking for a showstopper, Genital Jousting is that game.

There are a bunch of other games that I’m failing to mention for various reasons, but if there was an honorable mentions part of this blog, things like Overcooked, Towerfall, Crawl, and Ultimate Chicken Horse would be on there for sure.  One last thing – don’t make people play Mario Party, that’s just mean.