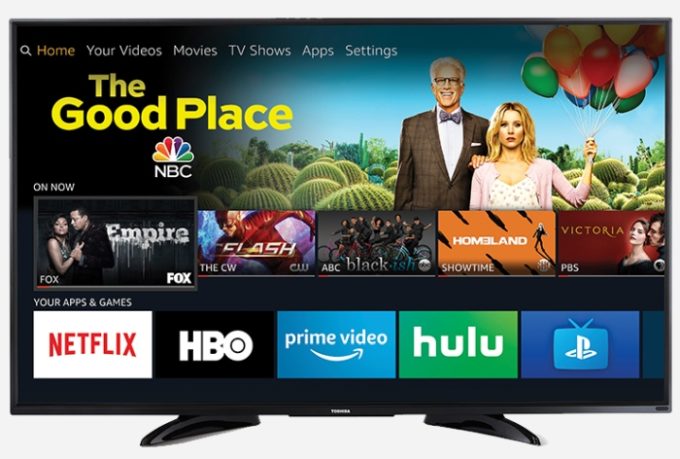 Who’s got two thumbs and was so wrapped up in the holidays that they forgot to write an actual post?  This guy.  Yeah, I really goofed it up this time and lost track of the days, so we’re gonna have to make due with something light this week.

I guess the thing I’ll talk about is my experience with buying a new TV.  After over a decade of rocking with the same TV, I decided it was high time that I upgraded and joined the modern era with one that has more than 1 HDMI input among other things.  I was interested in a 4K display, but didn’t really consider it too hard until I saw how cheap they had become.

I picked up an Insignia 43 inch Fire TV because it was affordable, pretty, and was still in stock.  After fumbling around with the settings and getting the display to a place I liked, I thought it was high time to test out the 4K and HDR capabilities in earnest.  It was then I realized that all of my hardware is incapable of doing that.

See, I have a regular launch PS4, that sounds like it’s taking a trip to Mars every time I play something, as well as a GTX 970 in my computer which in all fairness is a great graphics card, but not so great at doing anything in 4K.  I booted up NBA 2K19 and while it was absolutely stunning to look at,  it felt less like watching a game on TV and more like watching a low frame rate GIF.

But it isn’t all doom and gloom, because I loaded up Red Dead Redemption 2, and despite the PS4 not being super powerful, the HDR capabilities of the console really made the game look new all over again.  I sat there slack-jawed at how impressive everything looked.  You might be wondering why this is such a big deal to me, so maybe it would help if I mentioned that my last TV only output at 720p.  So literally everything I put on this TV looks fucking fabulous.

One day I’ll get a graphics card and a console that can fully take advantage of the TV, but as it stands I’m very happy with my purchase, even if it has made me fully aware of how obsolete my other hardware is becoming.  Also, Happy New Year.  Probably should’ve led with that.