I think I actually hate the Battlefield games…

On the last day of the winter sale EA was running, a friend of mine decided to pick up the poorly titled, Battlefield 1.  This was great timing considering our friend group has been looking for something new to play, and this seemed like a cheap way to get us all together once again.  Despite me having some of my most memorable online experiences with previous Battlefield entries, upon jumping back into action I quickly realized that I think I actually hate the Battlefield games.

Battlefield, like most other competitive shooters, lives and dies by the quality of their maps.  The things I like about a multiplayer map is when it’s designed in such a way that every play style is viable on it, but can always be countered.  A sniper should be as effective and vulnerable as the player running laps around the map with a shotgun.  I know that’s easier said than done, but my point is that I value not making someone feel bad for playing the way they want to. 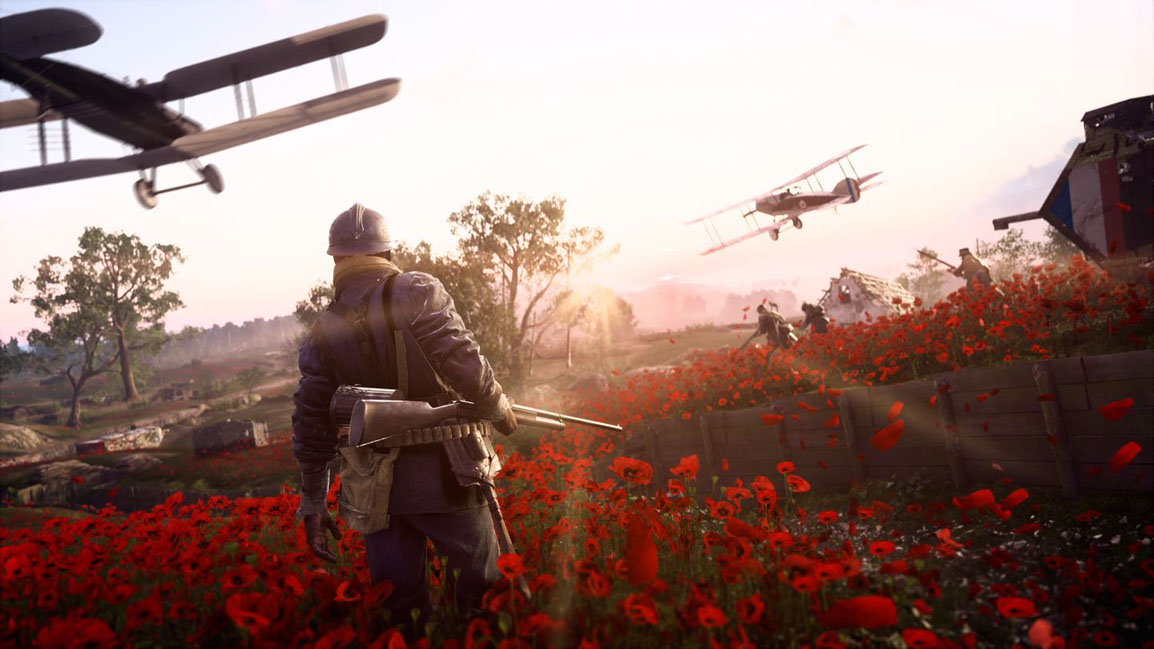 However in Battlefield, the matches I end up playing are usually swayed by air superiority and effective sniping, whereas everything else never feels as important or effective.  I’ve never felt quite as useless as when I pick a shotgun in one of these grand battles that Battlefield operates in.  I’m not great at sniping and even worse at driving in these games, but they seem to be the only real way to make a difference in any given match.

When I compare Battlefield to something like the Call of Duty series, I find I have more fun with the latter because it favors faster gameplay in more tightly constructed environments.  That isn’t a qualitative statement as much as it’s a preferential one.  I like getting back into the action fast and being able to see my enemy (for the most part) before I’m dispatched and ultimately reborn, cursed to endure that cycle until the timer runs out.  Both games can be eternally frustrating, but I have much more fun with Call of Duty than Battlefield for this and other reasons.

In theory, I should love Battlefield.  These grand scaled battles that occupy various forms of combat simultaneously, a large player count and destructible environments should be a slam dunk for me, but it always ends up leaving me feeling more frustrated than satisfied.  If only there was some sort of shooter on the market that was able to blend the fast and frenetic action of Call of Duty with the scale and scope of Battlefield.  Oh wait, it’s called Titanfall 2, the game I was thinking about is Titanfall 2, and it’s phenomenal and didn’t deserve to be buried the way it was when Battlefield 1 came out.