I’ve never been a fan of the Bethesda styled RPG. They always felt cumbersome and clunky in a way that I just couldn’t get into. But this time, I’ve done something different…

I’ve never been a fan of the Bethesda styled RPG.  They always felt cumbersome and clunky in a way that I just couldn’t get into.  Despite having known this for over a decade, I still do a thing every year that defies my internal logic in an attempt to have fun.  I started playing Skyrim once more.  But this time, I’ve done something different.

See, there’s this video series that I very much enjoy called Monster Factory.  It’s the brainchild of the McElroy brothers, known for their various podcasts and work at Polygon.com.  They take character creators in games and make the most horrific being that they can using the tools at their disposal.  I really like it, but that’s not why it’s important to my latest Skyrim endeavors. 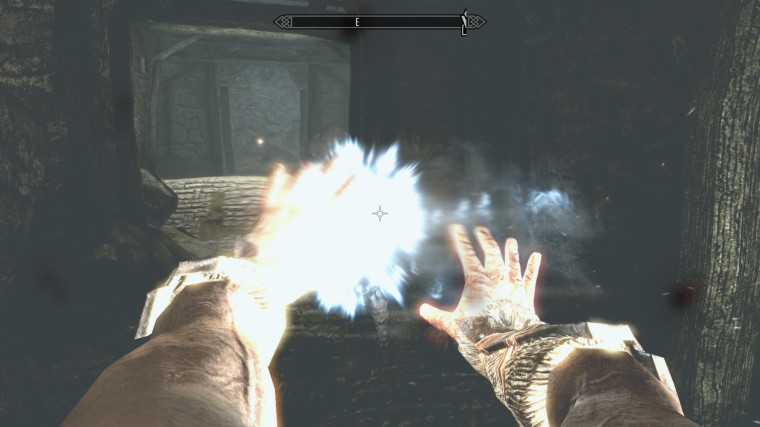 In an episode of The Monster Factory, they take on Skyrim and do their dark magic to the avatar they’re creating.  But once they finished making their monster, they played in the world as it.  They abused the console commands to give them incredible speed, unfathomable power, and the ability to punch people so hard that anyone near them dies as well.  It was the first time I’d seen Skyrim being played that made me want to do the same.

At first I thought this would sound weird, and while maybe it does, I also did this exact same thing in The Witcher 3 and had a fantastic time because of it.  So, being the adult I am, I set out to emulate a thing that I saw on the internet.  And you know what?  I’m having a fucking blast.  All it took was me breaking the game to enjoy it; who would’ve guessed?

Contrary to how I felt about The Witcher 3, I don’t give two shits about the story in Skyrim.  Thalmor?  Don’t give a shit.  Dragons?  That sucks.  Dragonborn?  Nah, I got console commands.  And harnessing the awesome power of the console commands has allowed me to give birth to the unstoppable Punch Wizard.

You see, the Punch Wizard has the ability to launch giants into orbit with a single punch, bring down a dragon with a single shout, and cast a spell that literally kills everyone around me for 15 minutes.  Learned a lesson about that last one in the worst possible way.  My apologies to the people of Whiterun.

The Punch Wizard is an agent of chaos who not only wields the power to destroy life, but can bring the fallen back to life by typing the word, “resurrect” into the console.  He is truly an ambivalent god among mortals, never casting judgement, only spells.  And that is why I write this blog, to honor my lord and savior, the Punch Wizard.

We love you Punch Wizard.