I found myself with a ton of free time this past weekend which enabled me to take a shallow dive into my ever expanding backlog. There were plenty of games from me to pick from, but I decided to make good on a goof I made over a year ago…

I found myself with a ton of free time this past weekend which enabled me to take a shallow dive into my ever expanding backlog.  There were plenty of games from me to pick from, but I decided to make good on a goof I made over a year ago.  I’m of course referring to the smash-hit, mega viral video sensation that took the world by storm; my video about the time I rented Uncharted: The Lost Legacy from a Redbox, and it didn’t work.

While I think the video was worth the $3 rental fee I paid, I actually did want to play the game.  Now we’re here in 2019, over a year from that hilarious video, and almost 2 years from the release of the game itself, and I finally found some time to blast through it.

I really enjoy the Uncharted games, not because they’re such a joy to control or anything, but because they’re just fun blockbuster movies I get to play through.  The over-the-top action, pseudo-historical, Indiana Jones-esque series has always been a consistently fun experience, and Uncharted: The Lost Legacy is no exception.  In fact, it might just be the best in the series.

I could go into detail about what makes this entry so good, but that isn’t what this post is about.  What I really want to talk about is how I put the Uncharted games into the same category I would a Marvel movie.  They’re these high-intensity, big and expensive adventures that get me psyched out of my mind.  Sometimes they leave a longer impact, (Endgame, never forget) but most of the time it’s just this exciting thing I get to be a part of for a few hours. 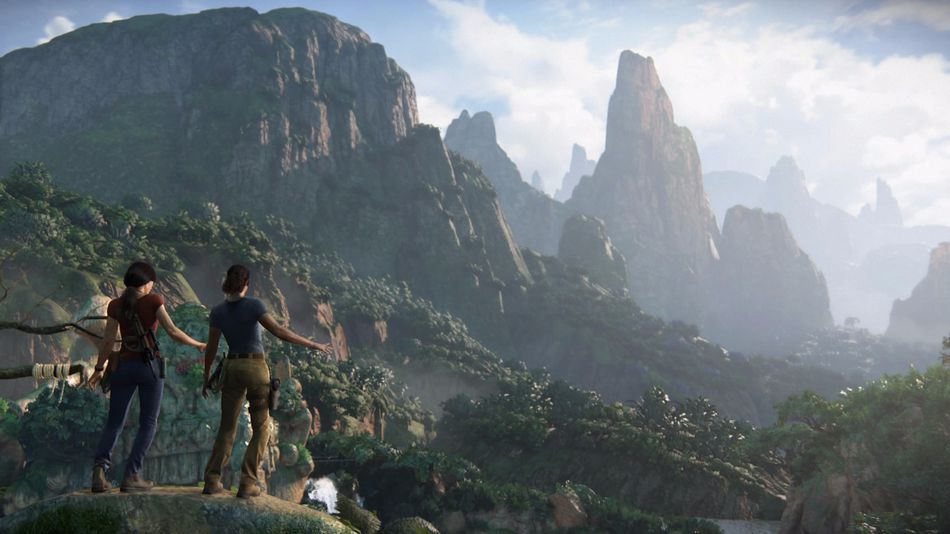 I won’t remember the details about Uncharted: The Lost Legacy in a few months, but I will remember how much fun I had with it.  So it got me thinking about some other “junk food” games I turn to when I want to turn my mind off.  In all fairness I think I’ve covered that pretty well on this site, turning to various “simulator” games, the NBA 2K series, and Cities Skylines, to name a few, but I’m always looking for a game that allows me to just turn my brain off for a while and just go for a cool ride.

Sometimes you want a game you can lose yourself in for 20 to 30 hours, fully immersing yourself in the world and what you’re doing.  Then sometimes you just want to play a game where you’re firing rockets up at attacking helicopters while you’re riding on the roof of a train.  Turns out, I’m looking for more of the latter these days.