Our dear, bearded friend, Ari, asked us to write a bit about the great games we’ve been playing in 2017 (and a bit about the shitty ones too). I was delighted to participate. As I sat down to bang out some insightful criticism of this year’s roster, however, I ran into a complication.

Note from the editor:  Our friend Sam from As I Play Dying was kind enough to write a piece about his favorite game of the year.  So a big thanks to him.

Our dear, bearded friend, Ari, asked us to write a bit about the great games we’ve been playing in 2017 (and a bit about the shitty ones too). I was delighted to participate. As I sat down to bang out some insightful criticism of this year’s roster, however, I ran into a complication.

I have played exactly four games released in 2017. Four. Like, one hand’s worth, thumb notwithstanding.

So, unfortunately for you and for Ari, instead of adhering to the appropriate format, I’m instead going to give you the lowdown on what I played this year–all of which has been interesting and fun in different ways.

#1: PYRE
Originally, this article was supposed to start with a Game of the Year selection: and, if I were still enough of a gamer to populate the article, Pyre would be my choice, hands down. The third release from San Francisco-based developer Supergiant Games, Pyre is somewhere between “a party-based RPG in which you lead a band of exiles to freedom through an ancient competition spread across a vast, mystical purgatory,” and a “fantasy basketball simulator.”

If I had heard “fantasy basketball simulator” (or FBS, as the genre has become known) before I purchased the game, I might have skipped it entirely; I don’t like sports in life or in video games, no matter how fantastical their setting. However, in addition to being the most groundbreaking FBS of 2017, Pyre is also an engaging narrative, set in an engrossing fantasy world and full of enchanting characters.

I’ll point this out up front: you’re gonna notice a theme in the games I’ve chosen to play this year. They’re all very focused on their stories and characters more than any sort of revolutionary gameplay features, graphics, or other such things. I’m more into fluff than crunch. Bearing that in mind, from its opening screen, Pyre progresses like a novel that you can’t put down. The game opens on the discovery of the player character, known only as the Reader, by three wandering, robed companions. All of you have been cast out of your native society to an inescapable wasteland known as The Downside: or, at least, inescapable by any means but one. The victor in a series of sacred challenges known as the Rites may be able to restore their freedom and return in glory to their homeland, their sins absolved.

As Pyre progresses, you begin to uncover deeper and deeper layers and discoveries about the world you’ve left, the world you inhabit, and the people with whom you share it. The game’s story unfolds at a wonderful pace, balancing the ongoing preparation for and travel to and from the Rites with the mounting tension of an imminent challenge against a new Triumvirate–another team of exiles equally bent on earning their freedom. And, by the time you reach its final moments, the game’s story will take you and your friends in the Downside in directions you couldn’t possibly have predicted, and will face you with choices that feel heavy. I reloaded previous saves on more than one occasion to undo a decision that I couldn’t bear to live with.

Pyre doesn’t punish you for your choices, though; indeed, by the developers’ own admission, the game’s first inspiration was to explore the consequences of defeat and the process of rallying after misfortune. Pyre’s story is actually built to progress regardless of your performance. Whether you are the most amazing Reader to ever walk the Downside, or you can’t tell your opponent’s pyre from your own sphincter, life will go on and the story will continue. For this reason, Pyre is one of the most engrossing stories I’ve ever played, even outside 2017. 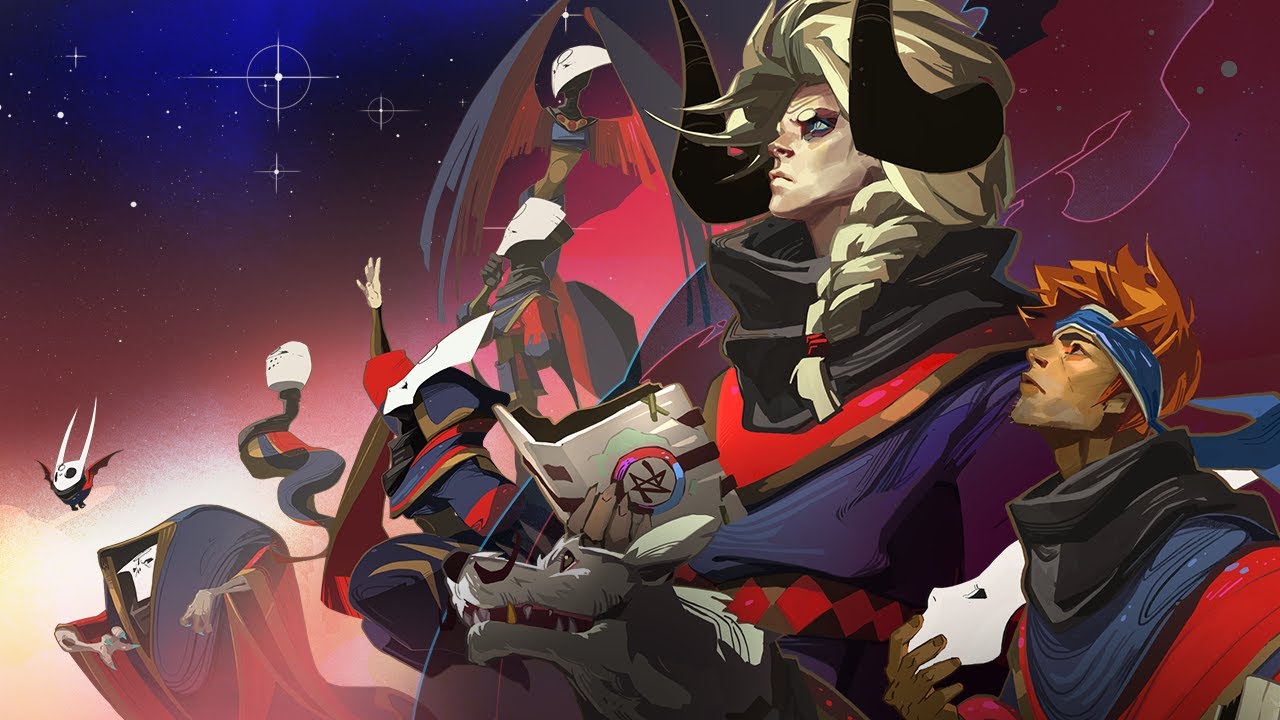 Besides its exemplary narrative quality, the care and passion of Supergiant comes through in every other aspect of the game experience: Darren Korb has devised another stylish soundtrack full of unique charm and fascinating sounds; Logan Cunningham delivers another amazing performance as the disembodied voice guiding you, sometimes forcefully, across the Downside; and Jen Zee’s vibrant artwork brings the whole world to life. The gameplay is, honestly, very challenging at times, but even in its most infuriating moments did not feel cheap or broken, and overcoming a challenger with a flawless play is deeply satisfying. Matches can become edge-of-your-seat slugfests as you weave around your opponents to set up the field to score. And aside from the core gameplay, Supergiant throws in tons of secondary content to make their world feel alive and fun to experience, including an in-world soundtrack in the form of a traveling minstrel and a practice arena that can raise your characters’ abilities. The player is guided through the considerable world lore via an intuitive hyperlink system embedded in dialogue; and, as a personal aside, Supergiant gets major bonus points for the best method of dealing with player-character gender that I’ve encountered.

Every element of Pyre works so well as part of the whole. The game is exceptional. I cornered Greg Kasavin, Supergiant’s writer and designer, at PAX 2017 to thank him for giving me such a great experience, and I’m terrified of speaking to people. I can’t recommend the game highly enough to anyone who wants to experience an amazing story in a beautiful world.