From the moment I started playing Unruly Heroes, I was immediately struck by how awkward and unresponsive it felt…

From the moment I started playing Unruly Heroes, I was immediately struck by how awkward and unresponsive it felt.  My initial reaction was to assume that I needed to spend more time with it to really get a handle on things, hoping it would eventually click with me.  Since it was first revealed, I was drawn in by the beautiful art and animation the trailers had boasted, but after spending some time with it I grew more and more frustrated with the game.

Let’s back up though.  Unruly Heroes is a side-scrolling action and puzzle platformer created by Magic Design Studios, which as far as I can tell is their first game.  You’ll be switching between one of four characters on the fly in order to solve puzzles and maneuver around levels.  Each character has different attack patterns, abilities, and either have a double jump or can float in the air.  This all is depicted in a beautiful art style reminiscent of the most recent Rayman games, but ultimately lacks the personality or charm that they had.

The first few levels I played were bland and uninteresting, opting for a snowy field and snowy cave theme which didn’t make for a great first impression.  But despite the uninspired level design, the game looked phenomenal and was enough to keep me pushing through to see what else there was.  Unfortunately, this is where things really broke down for me.

Playing Unruly Heroes isn’t very much fun.  The combat is unsatisfying and at times unresponsive.  You have a basic attack that strings into a three or four hit combo, a long range attack, a grab and an ultimate move.  On the surface it looks like you have a variety of options for dispatching your enemies, but really you’ll only end up using basic attacks.  The problem is that nothing else, save for your ultimate, ever feels fast or strong enough to bother using. 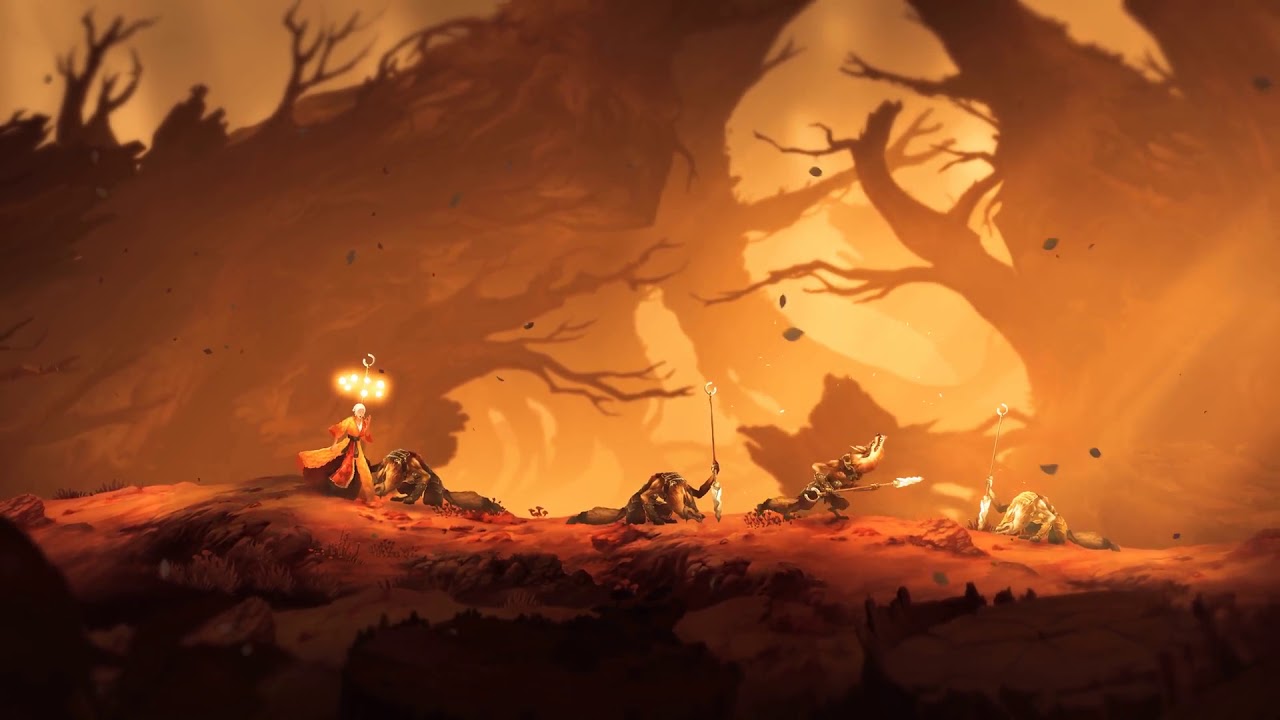 On top of the lack of encouragement to diversify your attacks, some combos end in a flourish that you’re locked into and can’t cancel out of.  One character strikes with his staff a few times before expanding into a large ball and smashing down to complete the combo.  The problem is that they’re completely vulnerable to counterattacks in that time, and enemies recover quick enough to knock you out of it.

That wouldn’t be such an issue if you had some effective defensive options, but you’re really left wide open most of the time, save for an unresponsive dodge roll that you can’t use mid-combo.  If all of that wasn’t disheartening enough, all of your characters are insanely fragile and will die the first chance they get.  On the flip side, your enemies are way more durable than you and can take one hell of a beating, while simultaneously wielding the ability to kill you in a few strikes.

Even outside of combat Unruly Heroes is frustrating and unforgiving, but not because of a well tuned difficulty, rather due to sluggish and unresponsive controls.  Switching characters, dodging, attacking and jumping all feel unwieldy and floaty.  I can’t count the amount of times I’ve fallen into spike traps, or mistimed jumps and fell to my death thanks to the hit-or-miss controls.  Nothing about playing Unruly Heroes ever feels good.

I had mild expectations going into Unruly Heroes, but within the first few minutes of playing it I was already let down.  The control and combat issues are exacerbated when combined with the bland level design and lightweight puzzles.  I’m still early in my time with the game so maybe it will click for me as I make some more progress, but at this moment I barely have any motivation to return to it to see it through.

This Early Impression is based off of the Nintendo Switch version of Unruly Heroes.