I feel like a broken record every time I mention it, but Bethesda and I don’t have the best relationship, but I’d love for them to put out a game that could change that…

I feel like a broken record every time I mention it, but Bethesda and I don’t have the best relationship, but I’d love for them to put out a game that could change that.  That being said, these are the things that Bethesda showcased this year that they showed off. 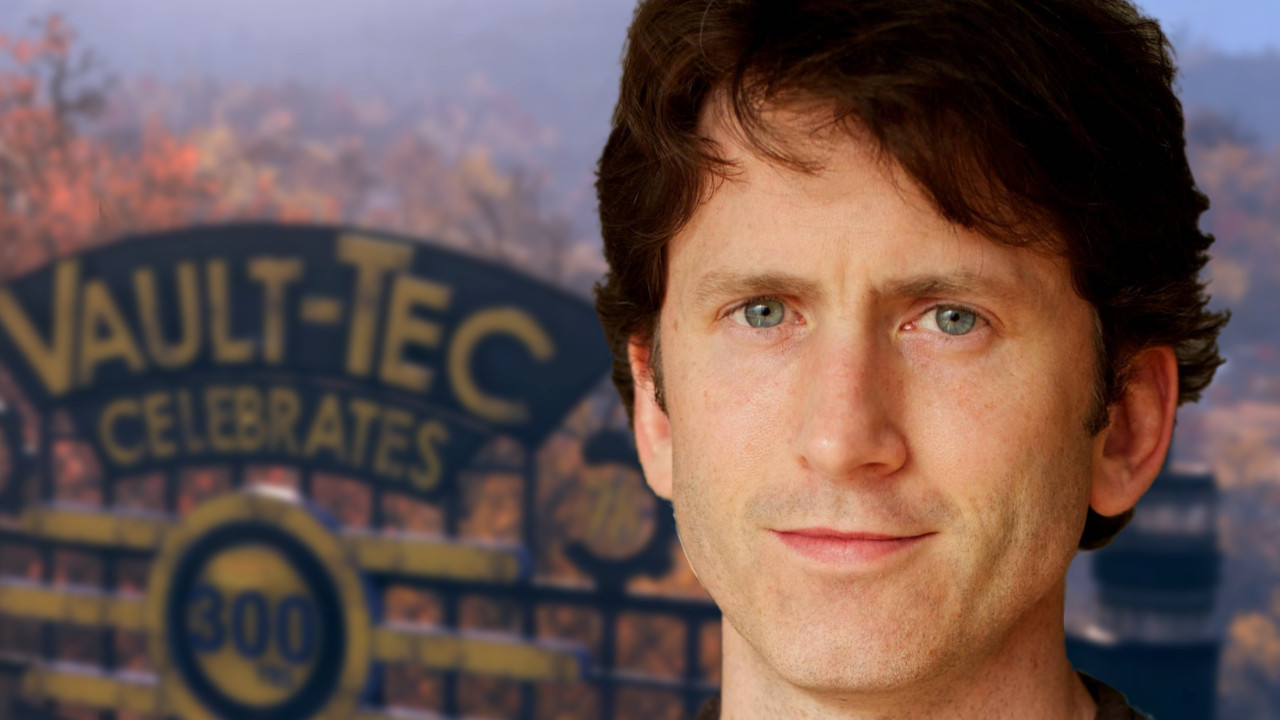 The first montage of the conference focused on some of the developers across various Bethesda studios.  So many of the lines in this montage felt like they were saying, “Our bad.”  Particularly the line, “you keep us in check,” and “you’re not afraid to tell us how you feel.”  It was pretty funny.

Todd Howard also stepped out and joked about the “excitement” they’ve experienced this past year.  Then he decided to highlight Fallout 76 and the “well deserved criticism” they received from it.  I couldn’t tell if this was all drenched in sarcasm or not.  Shortly after, they pivoted away from talking about Fallout 76 for a bit.

They announced some updates for their mobile Elder Scrolls game,  but more interestingly was the fact that it’s coming to The Nintendo Switch.  I haven’t played much in the way of Blades since it first launched, and while this doesn’t look like the thing to bring me back, it’s nice to see them still supporting the title.  As far as I remember, when the game launched, it was filthy with timers and free to play trappings that severely impeded your progress.  Hopefully that isn’t the case anymore.

The fact that this portion of the show didn’t start with people just apologizing is unbelievable.  But here they were, announcing an update for the game that actually gives people what they want from the game, notably, NPCs and dialogue trees.  Arguably, something that should’ve been there from the start.

New rewards and a new main quest were talking points.  I did like how they tried to spin this as an intended thing they were going to do all along.

This update comes out this fall, and from June 10-17 there will be a free trial.

Then there was a “one more thing” moment in the form of a new mode.  Surprise everyone, they’re putting a battle royale mode in the game.  Enjoy that wonderful Fallout gun combat that everyone raves about.

People are vanishing in Tokyo and you need to find out why.  That’s the core conceit of Ghostwire Tokyo.  The trailer showed people just vanishing in malls, buses, trains, in the streets and so on and so forth, leaving only their clothes behind.  The game looks weird and spooky in a good way.  They came out and said it isn’t a survival horror game, which has been the main reason I’ve stayed away from Tango’s games, but this might just do it for me.

There weren’t any other details aside from the CG trailer they showed, but I’m interested in seeing what it turns into.

I wish I liked this game more than I do, but it just didn’t do anything for me.  But it seems to be flourishing and continues to grow and gain traction.  Good on them.

I should mention at this point, that the crowd has been buck-wild this entire time, shouting at and over the presenters on stage.  It’s hilarious, but incredibly disruptive, causing the presenter to pause every time some yells “WOOOO!”

They also teased several upcoming expansions that all have names that I can’t remember.  Also the “WOO!” guy has been absolutely exhausting.

Watching the arc of ESO has been interesting.  When it launched, I don’t remember it setting the world on fire.  But since then, it’s been supported like crazy, and held in pretty high regard as a good example of how to run a live game.

Part of me wants to give the game a shot again, but the rest of me knows that I won’t actually follow through.

A free to play mobile game in the style of a Saturday morning cartoon.  A re-imaging of one of Bethesda’s earliest games, this mobile game looks like a combination of Doodle Jump, Ice Climber, and some sort of strategy and tower defense game.  I don’t quite know what to make of it.  I’ll try it though.

It’s a card battling game on your phone that they’re adding some stuff to.  What do you want from me?  This is so far beyond things that I care about, it’s a wonder I even wrote this much about it.  You probably already know if you’re into this kind of game.  You can download it on your phone, now.

I only know of a few people who are deep into card games, and I don’t think I’ve ever heard one of them mention Elder Scrolls Legends, once.  I wish I could say more about the product as a whole, but it’s just so far out of my wheelhouse that anything I said would just be wild speculation.

Here’s some more content for this year’s most averagest game ever.  Before it released, Rage 2 sold itself on a tone of over the top antics and action that wasn’t ever really present in the game.  The promise of a wacky apocalypse never was fully realized, and what should have felt like a fun romp through the wasteland, felt more like a decent shooter in a lifeless world.

With that said, considering they’re showing more gameplay related to the wackier aspects of the game, I’m willing to bet that even if this DLC isn’t a response to some of those criticisms, future ones will be.

I love that they opened with the phrase, “Nazi scum” and everyone cheered.  First they announced a VR rail shooter called Cyberpilot where you sit in a Nazi mech and shoot Nazis like you should.

Then they showed off Wolfenstein: The Young Blood, touting how you can kill Nazis with a friend, offering co-op gameplay for the first time.  They really hammered home the killing Nazis point.  That’s a good message.

As with previous entries, the gun play looks really good and exciting.  Hopefully this time around I don’t have to hit a button to pick up every single piece of ammo and armor I find on the ground, but I know you actually will.

I’m not sure what this game is about, but it looks like two people trapped in a place that has them stuck in an endless loop where they kill each other over and over.  I have no idea what you do or how it plays, but the concept is cool.  They promise that there is endless possibility in the way you approach missions and objectives, but without any gameplay, it’s all speculative.

I don’t quite understand what it is, but Orion is said to be a middleware solution for streaming platforms like Project X-Cloud and Stadia.  They say it’s going to lower latency and decrease bandwidth cost for these streaming services.  I don’t understand what the hell it actually is, but apparently it’ll help these big companies do better?  Who knows.  This was the weirdest portion of the show.

Hell man, what do you want me to say about Doom Eternal?  It looks rad and just as satisfying as the last one.  They showed off a lot of different traversal options that play into platforming, but there was also a lot of killing stuff drizzled on top for good measure.

What made Doom (2016) so good was the fact that it was all about aggression.  You couldn’t play conservatively, you had to be on the attack constantly.  It was what made that game so special.  It made you unlearn what you had learned about FPS games where taking cover and waiting for an opening, and just going at enemies at all times.  The more aggressive you were, the more health and ammo you were rewarded with.  It was a refreshing take on the FPS that I really enjoyed.

From what I can gather, Doom Eternal is adding a lot of combat variety in the form of status effects, like setting dudes on fire, will result in different kinds of resources popping out of their lifeless husks.

Oh, also they’re doing the Halo 3 thing where the collectors edition comes with a Doom helmet.  But you can actually wear this one.

Then they announced a mode for Doom Eternal called Battlemode.  In this mode, 1 fully kitted out Doom slayer will go up against 2 player controlled demons, who can summon other demons and go head to head with the human player.  It’s an asymmetrical multiplayer mode that looks interesting, but there wasn’t much in the way of actual information.

And then it ended.  Without a musical number, without a “one more thing” moment, it just ended.  The conference was interesting, with some light surprises sprinkled throughout, but all of the new stuff they showed lacked any context or actual information, that it was hard to get amped for these things.