On numerous occasions I’ve mentioned my particular fondness for physics-based wackiness, but looking through the history of this site I don’t think I’ve actually talked about one of my favorite examples of that. If you haven’t heard of it, allow me to put Human Fall Flat on your radar, because it’s damn good fun.

On numerous occasions I’ve mentioned my particular fondness for physics-based wackiness, but looking through the history of this site I don’t think I’ve actually talked about one of my favorite examples of that.  If you haven’t heard of it, allow me to put Human Fall Flat on your radar, because it’s damn good fun.

Human Fall Flat isn’t a new game.  It was released a little over 3 years ago on PC, but eventually made its way to just about every platform out there.  In Human Fall Flat, you play as a little blob person who must traverse through various levels filled with puzzles and platforming challenges.  At face value it doesn’t sound particularly exciting, but it’s the wild physics that you’ll be battling that makes things interesting. 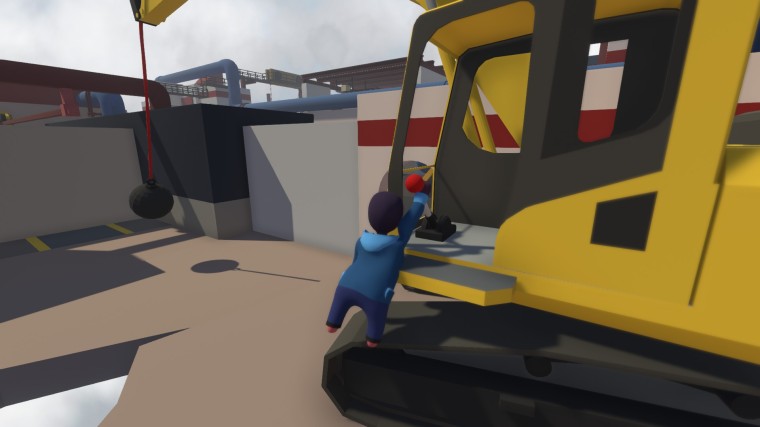 Puzzles usually require you figuring out how to hit a switch, breaking through a wall, piloting a vehicle or just maneuvering through tricky terrain.  All of this is made more exciting as you’re trying to reign in the wily physics or preferably, exploiting them to break the level and circumvent the obstacle entirely.

It’s a goofy experience that only gets better when you get your friends in on the chaos.  The game supports 2 players locally (on PC at least) and up to 8 players via online play.  I’ve played through this game both single player and with another person, and I cannot fathom what kind of shit show it turns into with 8 people. 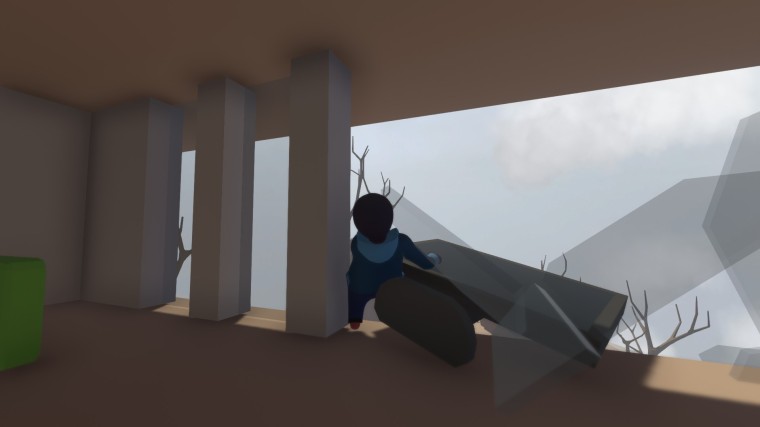 And “shit show” might actually be the most accurate descriptor of Human Fall Flat because of just how bonkers things can get.  You might find yourself flying through the air, or flipping a vehicle with your bare hands or something because the physics went bonkers.  But that’s what I love about the game.  I can solve the puzzles and traverse the obstacles as intended in a pretty quick fashion, but it’s when you decide to go off the beaten path that Human Fall Flat really shines.  It really is a case of, “if you think you can do it, you probably can.”

The problem is that there’s only a handful of official levels in the game at the moment that offer limited replay value.  Creating a level filled with puzzles and branching paths can’t be easy, so this isn’t me complaining as much as it is me yearning for more stuff to fool around with.  Luckily there’s Steam Workshop support which has enabled people to create their own nightmarish levels for me to bang my head against.  I think I’ve downloaded about 20 levels at this point, and have only been able to conquer about half of them, which is fine because it’s more game for to play and I wont grouse about that.  But here’s a tip for you custom level makers out there: put some fucking checkpoints in your levels. 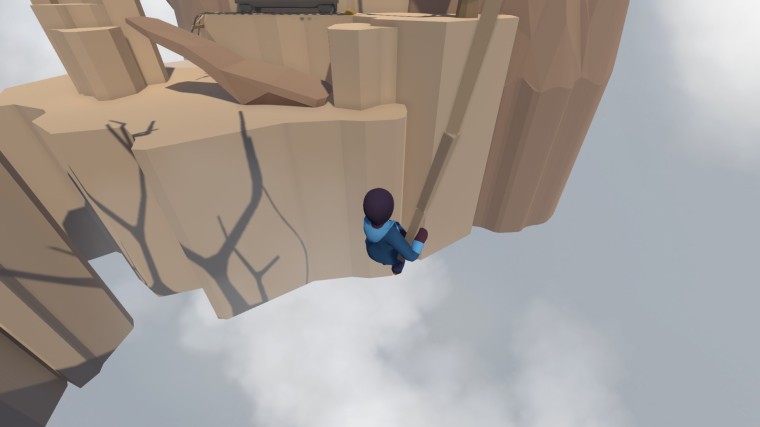 The unfortunate truth is that Human Fall Flat is one of those games that when you see it, it’ll either click with you or not.  While writing this, it was announced that a new level was coming to the game come August 27th, so that’s something to look forward to.  I can’t properly express my love for this game without showing it off to people or letting them get their hands on it, but if you get the opportunity to try it, please do.