pple Arcade has been out for a few weeks now, and I’ve gotta say that I’ve really been enjoying my time with the service and its offerings…

Apple Arcade has been out for a few weeks now, and I’ve gotta say that I’ve really been enjoying my time with the service and its offerings.  You can check out my initial impressions of the service here, but right now let’s look at some of the other stuff I’ve been playing.

Down in Bermuda is a cute little puzzle game about a pilot who crash landed on a mysterious island.  You’re basically helping him get home by solving a series of puzzles and collecting various knickknacks that allow you to advance to the next island.

Each island is basically its own diorama that you’ll be rotating around to find different objects to tap on and collect.  The puzzles aren’t particularly hard or challenging, but the main obstacle is just hunting around for stuff you can interact with.

It isn’t the most robust game out there, and at the moment there are only 3 levels in the game.  But it had enough charm and style to keep me playing for the hour or two it took me to beat the included levels.  The level select screen also indicates that more levels would be added soon, so I’ve got that to look forward to. 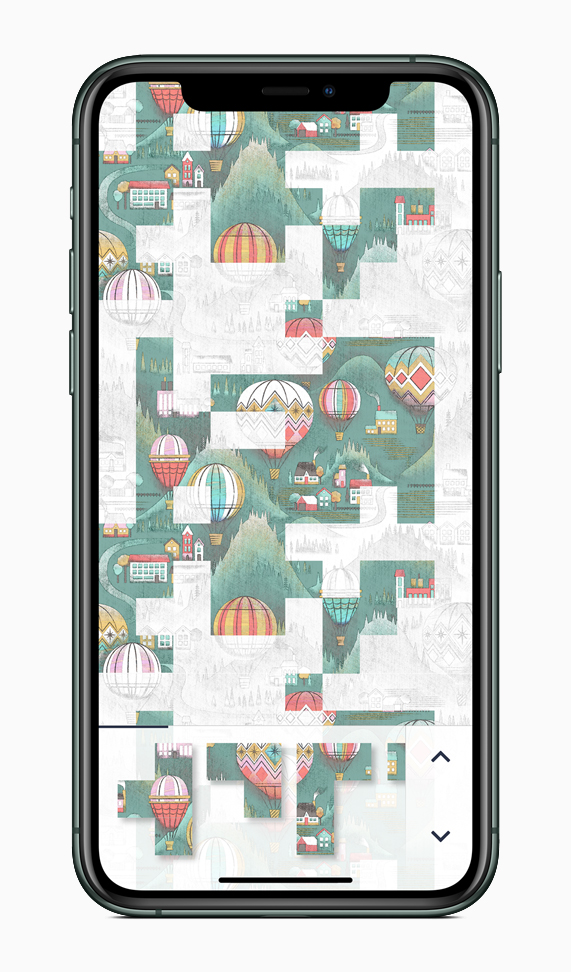 Following in the puzzle game genre is Patterned.  In Patterned, you’re presented with several pictures comprised of, you guessed it, patterns that you need to reconstruct.  Each level starts with showing you the completed version of the image, then sucking all the color out of it, leaving a black and white representation of the pattern.

You have a bunch of puzzle pieces that you need to drag into the appropriate location on the pattern, where it will lock into place and regain its color.  It’s very simple and remarkably fun.

It isn’t without its flaws though.  Some of the patterns are so difficult to parse that you just end up dragging pieces all over the screen until it clicks into place.  Even more infuriating is the play space.  While the pattern fills the entire screen, you can only place pieces on about half of that.  Considering it’s a repeating pattern, it shouldn’t make much of a difference.  But when I can see exactly where a piece goes and can’t place it there because it’s not in the half of the screen I’m allowed to interact with, it can be pretty annoying.

That said, I did complete every level currently in the game because I have no self control. 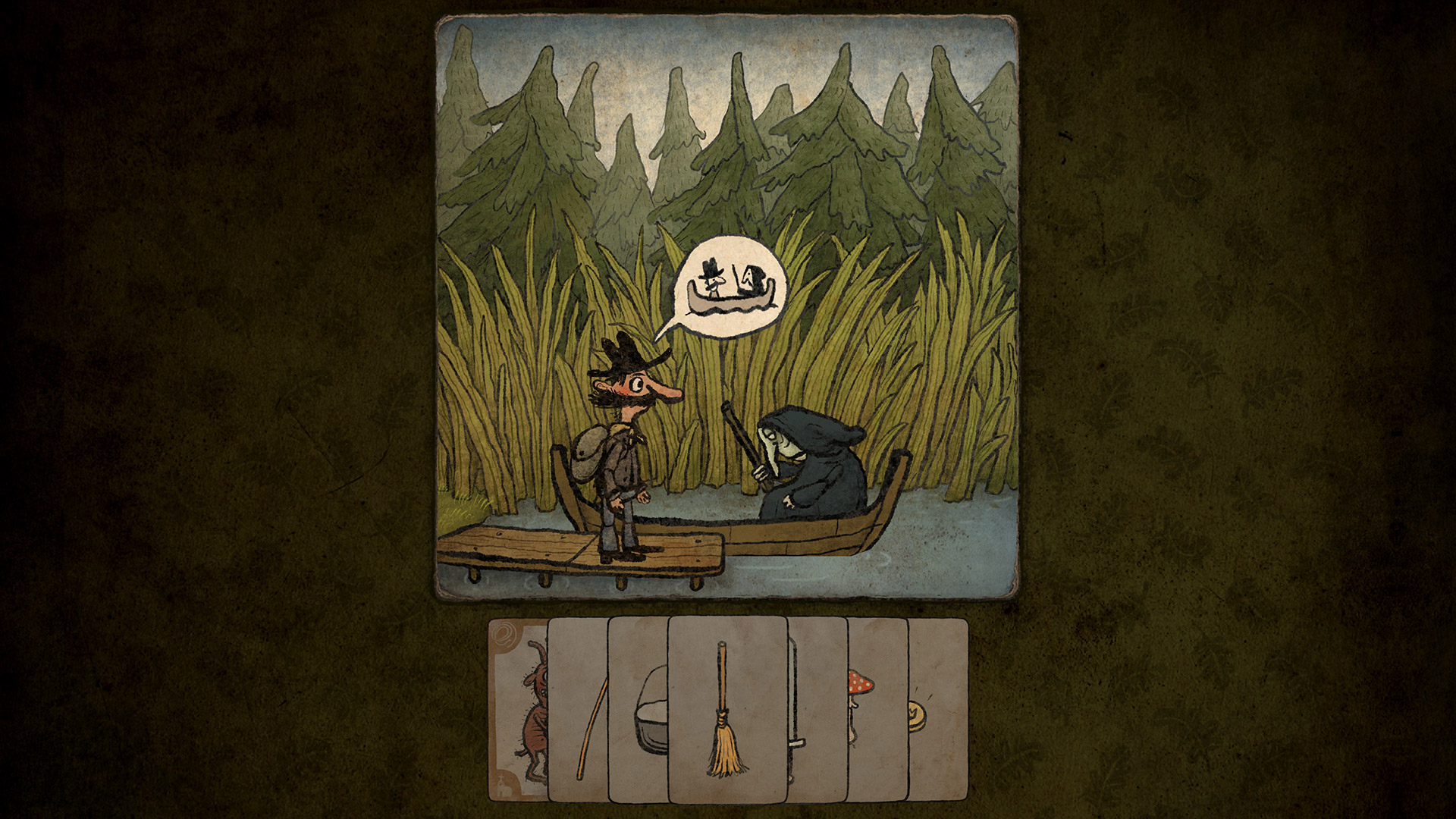 Let me back up.  In Pilgrims, you play as a mustached man who wants to charter a boat down the river.  In order to do that however, he needs to get the captains bird back.  But before that he has to help literally everyone else in the land by doing things like, cooking them a hot meal, or kidnapping a priest you got drunk, or even making the princess realize that she totally can have a loving relationship with a dragon. 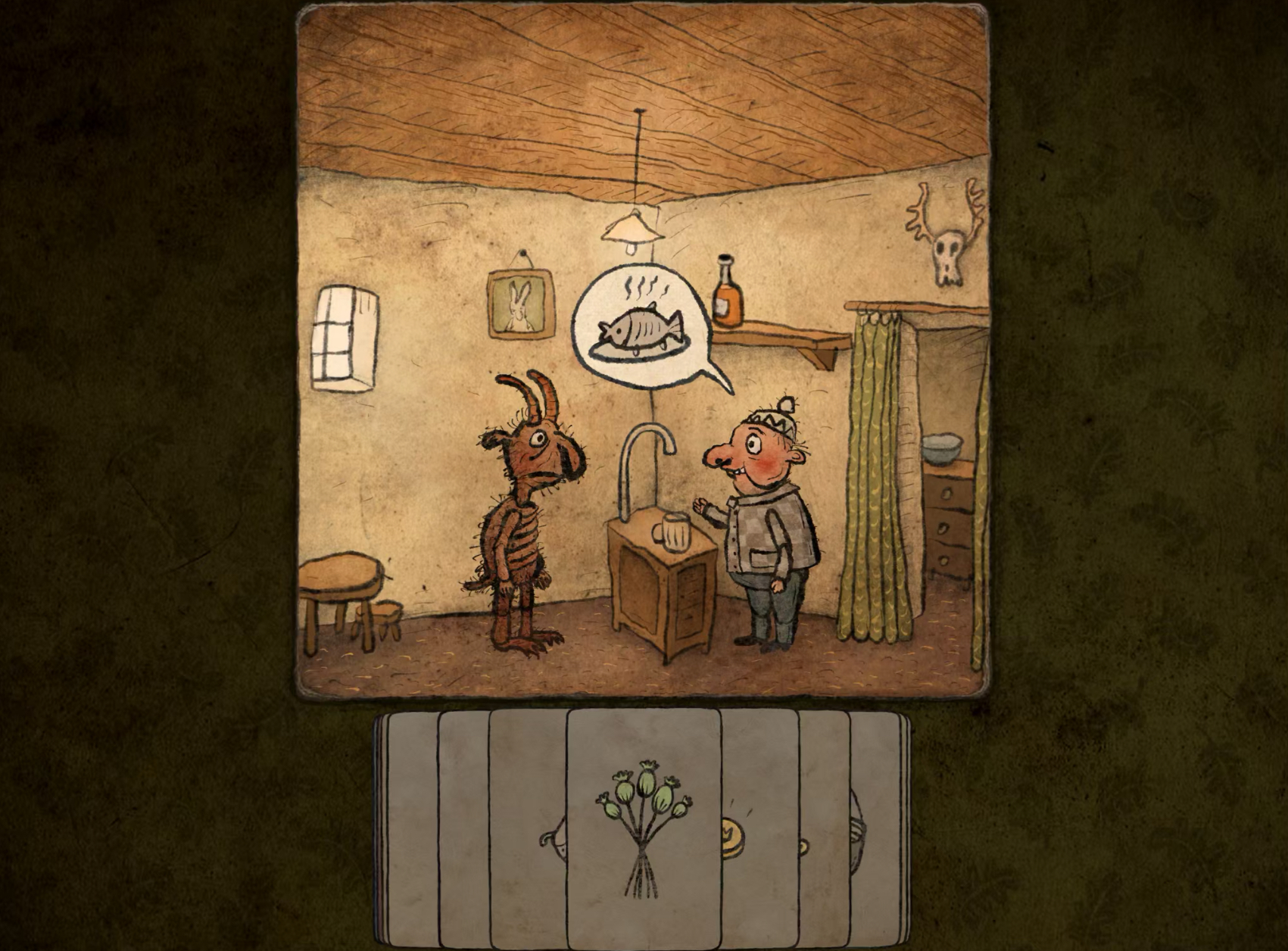 It’s all card based, but that’s more of a presentation element than a mechanical one.  You have cards for your various party members and items all of which can be combined at will.  For instance, I had an old lady and a burly man in my party alongside the card for a sword.  When I had the old lady use it, she couldn’t even lift it in an attempt to be threatening, whereas the burly man had no problem threatening people with a sword.

According to the description on the Apple Arcade page for this game, it’s suggested that you don’t play to beat the game, but rather just play around with it.  That means seeing what all the combinations of items and characters can do I suppose.  It’s a good approach when it comes to Pilgrims for sure, but I don’t know that I want to play it again just to see all the animations I missed out on.

I like Pilgrims a bunch, but I’m glad I played it on Apple Arcade as opposed to purchasing it on Steam for the $4.99 it’s listed at.  It isn’t a bad experience at all, just not one that I would’ve played unless it was on Apple Arcade. 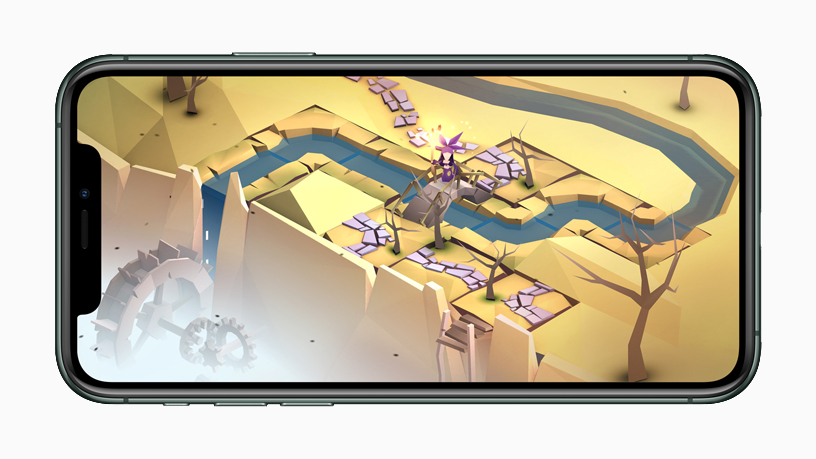 I can’t really speak to where The Enchanted World goes because I admittedly haven’t played a lot of it.  But based on my limited time with the game, I’m cautiously optimistic about where it goes.

In The Enchanted World you play as a little witch with the power to move the earth, and hopefully more as time goes on, because as of right now it’s just an aesthetically pleasing slide puzzle game.  Which in all fairness, hasn’t been too difficult up to the point I’m at, but I have minimal tolerance for slide puzzles, and I could easily see myself deleting this game in a fit of rage.

That said, you tap and slide pieces of the ground around in an effort to make a path for your little witch to walk through and reach the next part of the level.  Presumably, there will be another slide puzzle there, but I sure hope something else pops up soon.

And that’s it really.  I beat Sayonara Wild Hearts which I wont get into here, but as time goes on, I continue to be happy with Apple Arcade as a service.  There aren’t really any bad games on the service, just ones that I know aren’t in my wheelhouse.

Like Loading...
Posted on October 9, 2019 0 By Ari Blog Posted in Blog Tagged #Apple Arcade, Blog, Down in Bermuda, Patterned, Pilgrims, The Enchanted World