The Master of Disaster: Don’t Take it Personally – 09

Like the countless memes on the internet would lead you to believe, scheduling our Dungeons & Dragons sessions can be unnecessarily difficult sometimes.  People have their obligations and responsibilities, and it’s important to recognize and respect that, because at the end of the day these are still your friends.  I recently found myself getting very down due to the scheduling nightmare that is our D&D campaign, and it took some time for me to get over it.

For months now, my group had been on the verge of some pretty big revelations in our campaign that I’ve been eager to drop on them.  The problem was, with the holidays and various personal obligations, we hadn’t been able to meet for a full session in weeks.  Totally understandable stuff.

The problem is that at some point during this period, whenever I would send a text message to the group on game day, it always felt like a roll of the dice as to who would cancel this time and considering we’re a small group of 4, when one person bows out, we all bow out.  It wasn’t their fault that something came up and I understood that.  But after a while of this, it started to feel like I was bothering them and hounding them to play D&D.

I hated this feeling.  I hated it so much that it somehow warped into resenting myself and to a lesser extent, them.  I was angry at my friends and they had no idea.  While I completely had no right to be angry, there I was, dejected and frustrated with the current state of things.

The problem for me was that even though the sessions had stopped for a bit, my brain didn’t.  In my mind I’d been thinking about all the things I want to throw at them from combat encounters to story threads.  Whenever I’d go to write these outlines out or make a map, I’d just get upset because I started getting overly defeatist about the situation. 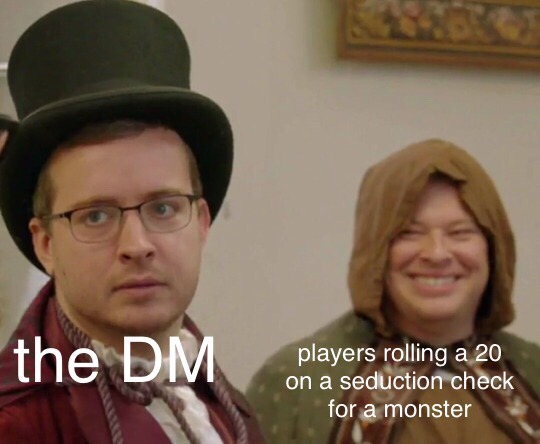 It was stupid and immature of me to be so upset and filled with resentment, and eventually I realized that.  The reasonable part of me finally chimed in, cooled me down, and made me realize how childish I was being.  Even though we still haven’t played a session yet, I’m okay with it.  I’ve started funneling my creative energy into other projects, and that’s been incredibly helpful.

Even though I know it was immature and shitty to harbor these feelings, it was just so deflating to have sessions get cancelled, the day of.  So one decision I did make was that I wasn’t going to hound them about playing anymore, and instead wanted to let them come to me when they wanted to start up again.  What I’m really trying to avoid with this strategy is having them feel like D&D is work.  It’s a game that we play together, and just like other games, sometimes you can’t sync up.