Skip to content
WoW, What am I Doing?
Articles

WoW, What am I Doing?

Not too long ago I wrote a blog about how I was gifted a subscription along with the latest expansion for World of Warcraft.  To say that it’s been a period of adjustment would be a gross understatement.  I think I can genuinely say that I haven’t played a game as overwhelming as this before…

Not too long ago I wrote a blog about how I was gifted a subscription along with the latest expansion for World of Warcraft.  To say that it’s been a period of adjustment would be a gross understatement.  I think I can genuinely say that I haven’t played a game as overwhelming as this before.

Before I describe the fugue state I entered upon launching the game, I think it’s fair to briefly explain how we got here.  Out of the sheer desire to talk to my friends, all of which had been consumed by World of Warcraft as of late, I expressed my increased feelings of isolation I had been feeling to one of them.  In their extreme generosity and kindness, they gifted me a subscription along with the latest expansion in an effort to get us playing and talking together again.  I was apprehensive, but desperate to engage with my friends once more. 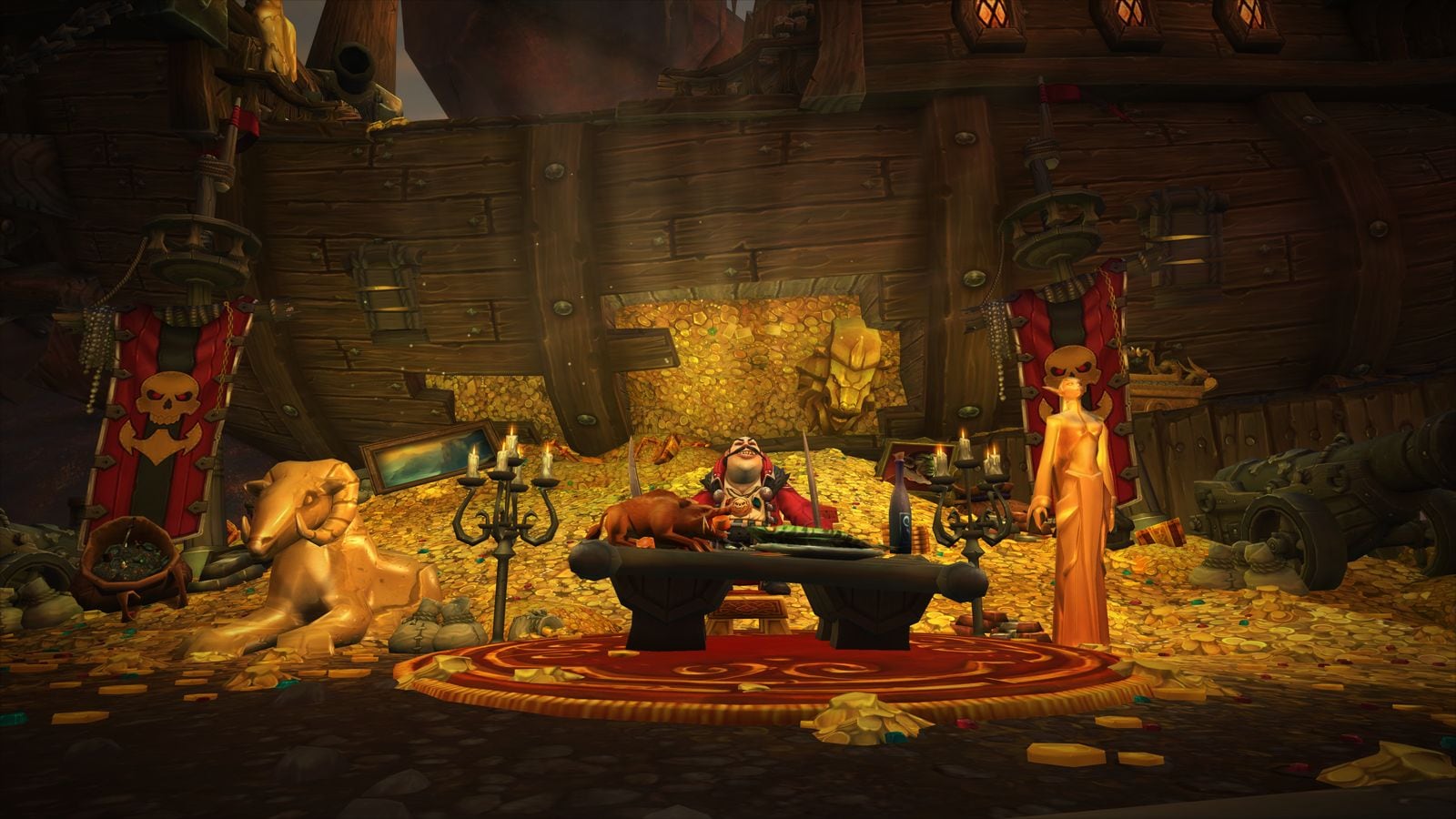 I was told that I’d get a level boost that I could apply to a character to get me to the latest content, avoiding the 120 levels of what I assume were going to be pure grind.  It sounded good on paper, and although I expressed that I have literally no enthusiasm to play these kinds of games, my friend decided to pull the trigger on the purchase anyway.

So here I was, with a game I never wanted to play, at the ready.  After a much longer than expected download of 60+ gigabytes, I was ready to jump into to the world of Azeroth and see what all the fuss was about.

I didn’t press play for a few days.

But eventually I did, and I created a wolf-man (I don’t recall the race name) Death Knight, which I was told was a pretty straight forward class that was pretty powerful and dealt a lot of damage.  Sounded great for a first timer like myself.  After picking the wrong server, playing the tutorial, then doing it all again on the right server, BigDouglas was finally ready for prime time… except he actually wasn’t.

Before I could do anything with my friends, I had to go through a pretty excruciating tutorial with a lot of cut-scenes that honestly, while well made, were very presumptuous in assuming that I knew literally anything about the lore or these characters.  But whatever, it all looked cool.

After getting killed in the tutorial a half-dozen times, I finally trudged through and made it to a city where my quests involved walking over there to watch a cut-scene, walking somewhere else to do it again, and eventually getting on a boat to watch another cut-scene before I was thrown in prison to play through another mission where I died several more times.

I don’t mean to come across as dismissive or anything, but it’s incredibly difficult to muster any enthusiasm or excitement for what World of Warcraft did, even though it’s pretty standard in the MMO and RPG space.  The whole time I kept thinking to myself, “man, this would be way more interesting if it wasn’t an MMO and was a game that was more mechanically fun to play.”  I get that people like the gameplay loop in World of Warcraft and MMO games in general, but to me they’re incredibly dull and cumbersome.

I will say though, the world of Azeroth and the broader aesthetics of World of Warcraft itself are beautiful and made me eager to explore more and see everything I could.  Something I had never really considered but seems painfully obvious now is just how cool everything looks.  It makes sense that the world building in such a long running MMO would be phenomenal, but I guess it never clicked until I got to see it first hand.

But for as cool as everything looks and how well designed it all clearly is, it doesn’t shake the fact that this is still an MMO and I was starting it from what was basically the endgame.

It turns out, there’s a lot of stuff to pay attention to, manage and keep track of in World of Warcraft, and boy howdy is it overwhelming.  Aside from minor gripes like every menu being incredibly small and hard to read, there’s just so much stuff on the screen to look at.  I know this is an MMO thing and not and exclusive World of Warcraft, but holy hell is it a lot deal with.  And it’s all compounded because I’m starting at level 110 where I have way more stuff at my disposal.

My eyes were glazing over, my brain couldn’t comprehend anything anymore, and I was getting frustrated because I didn’t know what any of my spells did and kept dying because of it.  I wasn’t having a good time.

I eventually wished my friends a good night and disconnected.  My friend texted me with a new plan of attack.  He and the others I was playing with said they had heard people have more fun while having a root canal than I did playing World of Warcraft.  That’s why they decided it was time to start from scratch.

Level one.  Level one of 120.  I don’t know if I’m going to survive this, but I owe it to them to give it a shot.  I’ve never been more terrified and intimidated by a video game than I am right now, but I guess I’ll have to spin up a new character and hopefully gain a better understanding of World of Warcraft.