Someone once told me that Dungeons and Dragons is basically the bedrock which modern fantasy media is built upon.  I don’t know how true that claim is, but I could see that.  I’ve never been a huge fantasy enthusiast and even less of a tabletop gaming fan, but as of this past weekend I have a new appreciation for D&D that I never had before.

Once a year a bunch of my friends from various parts of the east coast converge back in our hometown to hang out for a few days.  This time around we wanted to do more than just drink and play video games, so we asked a friend who was big into the scene to be our Dungeon Master for our very first foray into Dungeons and Dragons. 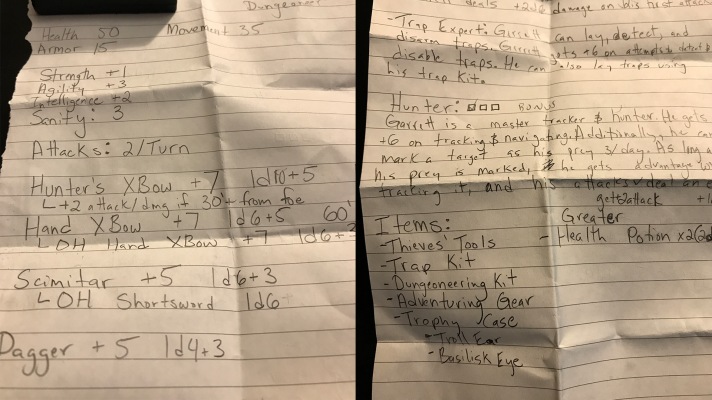 Our DM went ahead and made some character archetypes with abilities for us to choose from, and plopped us into what was described as a one-shot game.  The plan was to streamline the experience to make it more conducive to a 4 or 5 hour session.

After the first half-hour of play, any skepticism I had about the experience going in was long gone.  I was playing a hunter character that was just really good at shooting crossbows and was insanely perceptive.  Alongside me was a shield-wielding fighter, and Paladin with the power of God infused in his sword.  Outside of the canned motivations for embarking on a quest, our characters were just names and stats on a piece of paper that we were to flesh out on our own. 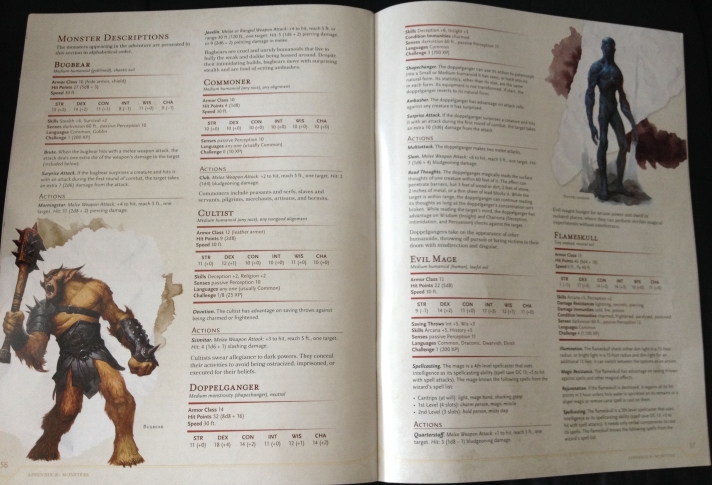 Everyone fell into their roles and slowly became their characters in no time whatsoever.  Our Paladin quickly became a man devoid of levity, solely focused on this mission that his God had ordained.  His brother (our fighter), was a jealous and greedy man with a chip on his shoulder for not being the “chosen” child.  My hunter was man who wasn’t incredibly thrilled to be in this situation, but these were his friends and he was going to stand by them and be the comic relief.  And literally showing up late to the game, as well as being played by two different people was our mage, who because of what I assumed was multiple personality disorder, was a wildcard.  But more on him later.

Getting into my character was only half of the equation though, the real heavy lifting was on the part of our DM, who was spectacular.  He ultimately hammered the fact home that we can do just about anything we want in this game.  No matter what crazy bullshit we threw at him, he’d tell us to roll a die and craft a story around it.  From my understanding, this is what a good DM does. 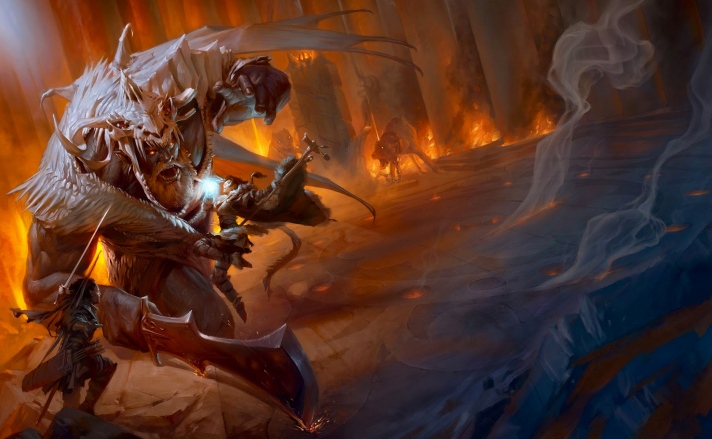 Saturday came to end without us reaching a conclusion in our game, but come Sunday we would have to finish it because people were going home later in the day.  With that in mind we sat back down with a new player taking helm as our mage.  Previously he had been someone who knew his way around some D&D and was basically safely leading us through the campaign.  That was fun, but it felt like he knew all the right questions to ask, and spells to use.  On this day however, we had someone who was just as fresh to D&D as we were.

Time passed as we fought floating skulls, tentacle panthers and no-faced nightmare beasts until we eventually we got to what was later revealed to be a loot room.  With our emotions high, it was here that our final encounter went down.  We had to wrap this game up, so our mage pulled our DM aside and concocted a plan.  The entire time leading up to this sidebar, I suspected our mage of some nonsense thinking he’d turn on our group or rob us or something.  So I made it very clear for most of our stay in this room that I had my bow drawn on him, ready to inflict retribution for any attempts at fuckery. 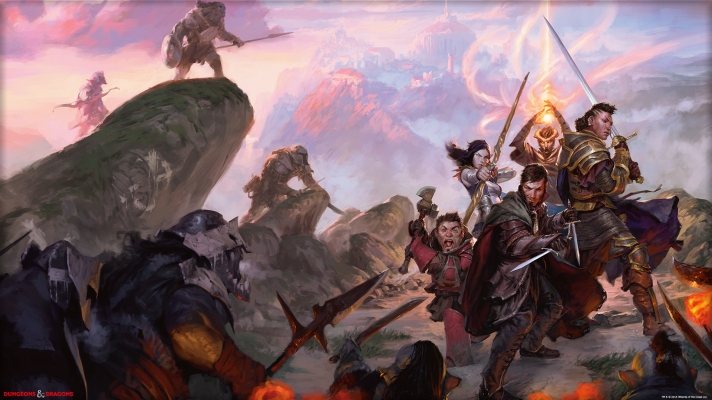 The sidebar ended and everyone returned to their seats.  The mage turned on us and tried to trap us in the room so he could escape.  Him and our DM had planned for the mage to blind us with smoke and make off with some magical maguffin that would trap us forever and destroy the dungeon.  But as I had established earlier, I had that fucker in my sights this entire time.  Before his smoke could go off I was able to fire a massive crossbow bolt that landed square in his chest.  He eventually was able to teleport out of the room, but we gave chase and met up with him as he was making his way to an exit.  Within feet of being able to escape, I fired one last shot from my trusty crossbow at him.

With luck on my side, I rolled really well and put that bolt right through his back pinning him to a wall.  The Paladin then strolled over to this monument to failure and hit him so hard he turned into a cloud of dust.  We killed our former friend and had a moment of triumph before we realized it had gotten late.  I’m a bit hazy on the exact details, but I’m pretty sure the dungeon collapsed and we all died anyway.

And this was a game that took place over the course of 6 or 7 hours at most.  We didn’t really get to create our characters or flesh out our backstories.  There was so much we didn’t do that might seem like we missed out on something from an outside perspective, but for us, this was the perfect introduction to Dungeons and Dragons.  I applaud the game, my fellow players and especially our DM for making the experience really memorable.  The biggest problem is that we enjoyed ourselves so much that we’re chomping at the bit for the opportunity to play again, but we wont be able to do that until this time next year.