Have you ever wanted to play a game about being a drugged up, cyber ninja with the power to slow time and also there’s some conversational options that seem to impact the story?

Have you ever wanted to play a game about being a drugged up, cyber ninja with the power to slow time and also there’s some conversational options that seem to impact the story?  Well first, that’s oddly specific, but second, you should check out Katana Zero.

I’m not super deep into the game, but it’s definitely scratching an itch that I didn’t know I had.  The action is super fast and unforgiving, but not like in a Dark Souls way, where you question if you ever even liked video games at all, but more in a Hotline Miami way, where you’re honing your skills and plotting your path through a level until you get it down perfectly. 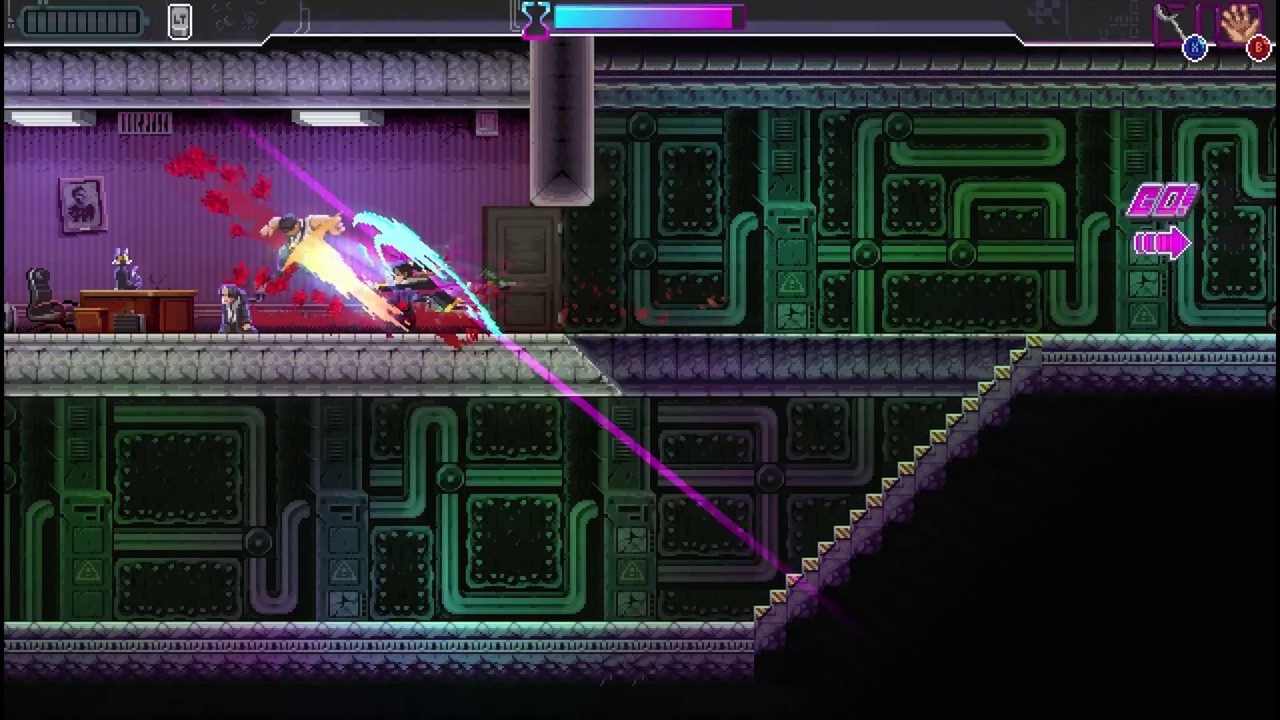 It’s this cycle of entering a level, killing everyone, dying to some dude who showed up late to the party, and repeating the whole process till you’re the only one left standing.  It feels a lot like the Trials games, except instead of riding motorcycles real good, you’re stabbing people in half and slowing down time to deflect bullets back at them.

So far I’m really enjoying the dichotomy between the frantic action and the story beats.  I have no clue what’s happening in the story, but I do enjoy how my dialogue options have in game ramifications.  For instance, one of the early levels has you going into a hotel to kill a dude.  The receptionist asks you why you’re dressed like a samurai, and while there are the standard, “cause I’m a cool murder guy” answers, I picked the one that alleged I was doing cosplay.  The receptionist bought it, let me in with my sword, and covered for me when I tried to leave later on when a cop asked me why I was slathered in blood.  It was this cool little moment that highlighted the important of my choices, something I did not expect to get from this game.

I’m still very early on in Katana Zero, but I’m pretty excited to keep going and see how it plays out.  So far it’s managed to strike a a good balance between action and story, which has been a great motivation to keep going from level to level.  Maybe it all falls apart in the end, who knows?  But so far, I’m way into Katana Zero.