Let’s just get the obvious comparison out of the way from the jump; Dauntless is basically a more streamlined, more accessible, Monster Hunter game that strips out a lot of the complexity…

Let’s just get the obvious comparison out of the way from the jump; Dauntless is basically a more streamlined, more accessible, Monster Hunter game that strips out a lot of the complexity.  Because of this more simplistic approach, I’ve found myself gravitating towards Dauntless in a way that I didn’t expect.

For the uninitiated, Dauntless is a cooperative monster hunting game, in which you and your party go out into the world in search of various creatures to slash, smash and blast apart in an effort to collect their parts, and fashion more efficient monster dispatching weapons and armor.

The core loop is pretty straightforward and fun, but it’s the stuff around the edges that really do the heavy lifting in terms of appeal in my eyes. 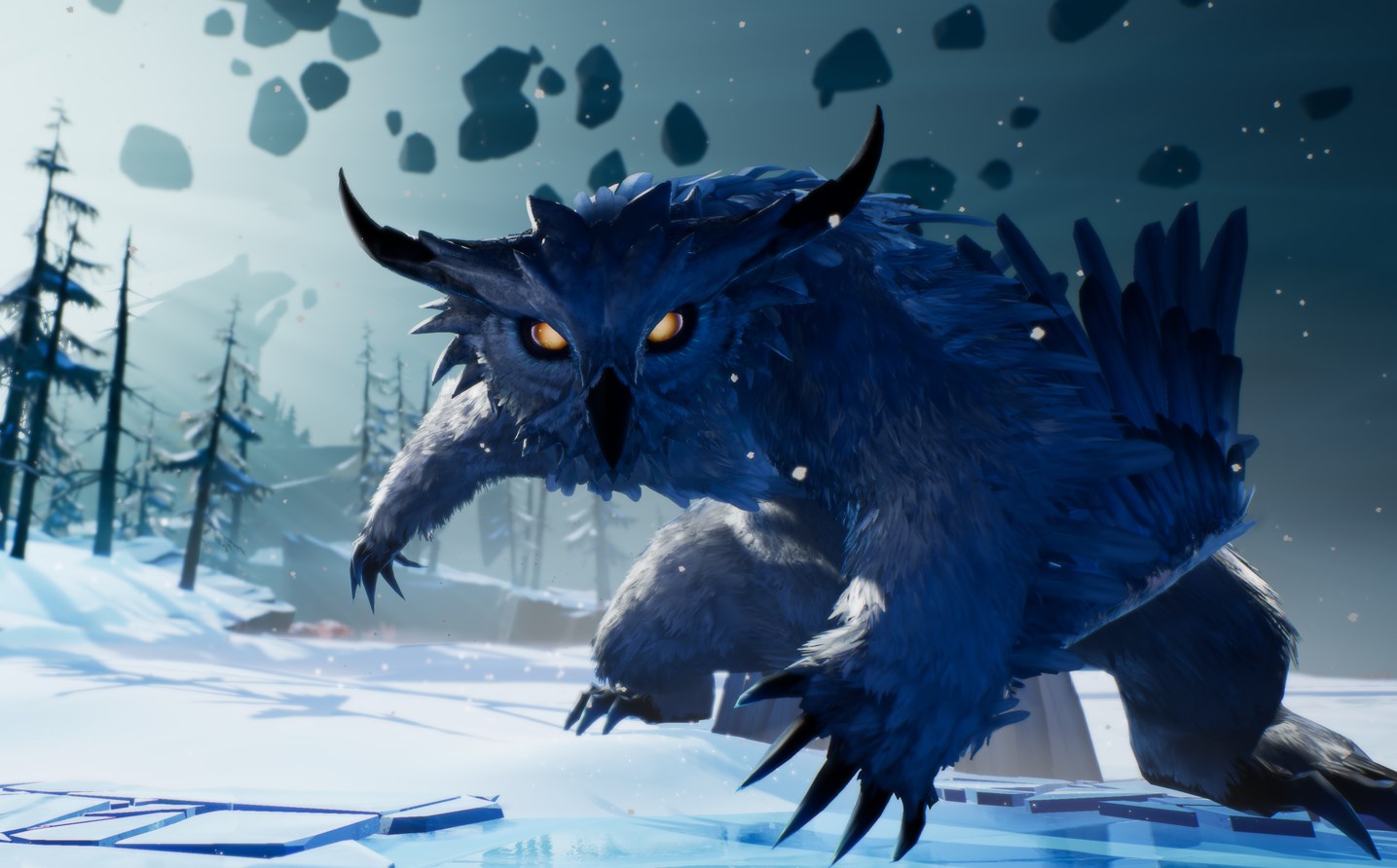 I hate to keep drudging up this comparison, but it’s something I feel that’s important to highlight.  Dauntless and Monster Hunter and two sides of the same coin, offering up similar experiences for different kinds of players.  Monster Hunter relishes in the details and sweats the details in a way that Dauntless does not.

From the complexity of the world, the abilities you have at your disposal, item management and more, Monster hunter offers a more robust and granular experience.  Which is great for the people who are looking for that.  But for people like myself, with more of a curiosity about Monster Hunter, Dauntless provides an easier ramp for players new to the monster hunting genre.

From the jump, Dauntless gave the impression of being too shallow due to the size of the maps, the limited amount of missions, and lack of weapon variety.  Instead of letting me choose from every available weapon from the start, I was limited to melee based armaments.  After a few missions though, Dauntless revealed that it has ranged combat in the form of guns.  It was a little thing, but the gentle slope of exposing more of the mechanics worked for me in a way that didn’t feel like over tutorialization, but encouragement to step out of the comfort zone it had helped me establish.

I also really appreciate the first few levels of upgrades and craftable items.  Dauntless obscures a lot of the more complex options and doles them out at a pretty good pace.  Early in the game, Dauntless introduces you to the idea of tonics that when consumed on a hunt, can offer different effects.  The first one they show you is one that makes you faster for a period of time.  And for a while, that’s one of the only things you can craft.

Whereas Monster Hunter feels like diving into the deep end of the pool, Dauntless is you gently wading into it.  I’m still early in my time with Dauntless and have found a lot to love thus far, but that isn’t to say it’s without any faults.

So far, I’ve found that there’s less actual hunting, and more walking into the clearing where you can see the only other animated creature in it.  It wasn’t until a little later on that the zones got bigger and more complex, but even then, there isn’t anything else moving in the world aside from you and the monster.  Although I did wander around a zone for a while only to see a monster climb out the ground to attack me.  It was neat, but the game might as well have just shoved us into a closed arena instead of making me wander aimlessly to trigger the beast.

I also found that there isn’t a lot of complexity or variety in your move-set.  Maybe that changes later on, but up front, you have 2 or 3 combos per weapon, and a special ability or two based on how you kit your character out.  I wouldn’t say the combat is boring, but it is repetitive.  I’m sure that changes as the monsters get more varied and have more attacks and phases, but as it stands now, most fights break down into a war of attrition.

All things considered, I really am enjoying Dauntless.  I don’t find it to be overly aggressive with pushing micro-transactions or painfully grind heavy, but I’m still fairly early on in my time with it.  It’s also free to play, which is a pretty attractive price in my mind.

Dauntless is currently in open beta and available for download through their website playdauntless.com and will release exclusively to the Epic Store on May 21st.