Marvel Ultimate Alliance 3: The Black Order is an imperfect game that doesn’t fully deliver on the power fantasy of playing as your favorite superheroes, but it sure is fun.

In lieu of an introduction that recounts the entirety of the Marvel renaissance over the past decade and how this title properly capitalizes on that zeitgeist, I’m just going to go ahead and say that I’m really enjoying Marvel Ultimate Alliance 3: The Black Order and what it brings to the table.  It’s an imperfect game that doesn’t fully deliver on the power fantasy of playing as your favorite superheroes, but it sure is fun.

For those who don’t know, Marvel Ultimate Alliance 3: The Black Order is a 1 to 4 player cooperative brawler with a lot of RPG elements.  You get to slip into the tights of several iconic heroes and take on just about every big time villain you can think of, in an effort to collect all of the Infinity Stones.  The story is largely forgettable, mostly serving as very loose connecting threads between the different supervillain themed levels, but it has enough fan service to make the cut-scenes worth watching.

But that’s not why I came to Marvel Ultimate Alliance 3: The Black Order.  I wanted to punch, kick, and magic blast my way through every enemy I could see.  In this arena, Ultimate Alliance 3 excels.  Each hero has their own unique light and heavy attacks along with 4 special abilities that can be upgraded to be more effective.  The combat is repetitive yet fun, and adds enough variety by forcing you to block and dodge more than you’d expect from a brawler.

Marvel Ultimate Alliance 3: The Black Order encourages you to really consider your team build by offering buffs based on who and what kind of characters your active 4 is comprised of.  Teams like The Guardians of The Galaxy, the 2012 movie Avengers, 4 of the Spider-Man characters and so on and so forth, get special bonuses when you use them together.  But even when you split the team up and get less married to team composition, Marvel Ultimate Alliance 3: The Black Order still rewards you with a portion of whatever active bonus you might be building towards.

For instance, having The Hulk and Thor on a team grants you half of the movie Avengers team bonuses, as well as a bonus for putting heavy-hitting characters together.  All of the team compositions can be viewed in the menu which is extremely helpful considering you unlock new characters pretty quickly, and there’s something like 30 different team bonuses you can achieve.

The downside to all of this is that Marvel Ultimate Alliance 3: The Black Order only half explains most of its mechanics.  Learning about proper team composition is fairly obvious, but finding out what category of moves your characters have access to and how those play together is kind of a mystery at first glance.  There are just so many icons that each portray different abilities, or unity bonuses, or stat categories, that it’s genuinely overwhelming at first.

In addition to that, Marvel Ultimate Alliance 3: The Black Order kind of forces you to try out your newly recruited superheroes by making them significantly higher level than the heroes you’re currently playing as.  Normally I’d say that’s a good thing to encourage people to step out of their comfort zone, but in my experience it’s only led to me ignoring team bonuses in favor of who has the highest level.  So now I have the iconic team of Thor, Deadpool, Dr. Strange and Ghost Rider all hovering around level 28, while Captain America, Spider-Gwen and so many others are so under powered that using them would be me handicapping myself.

This wouldn’t be as big of a problem if it wasn’t for the fact that the difficulty spikes are fairly brutal, and require you to have a fairly robust knowledge of these 30+ characters and their strengths in battle.  Sometimes you need a lot of area-of-effect and crowd control characters.  Sometimes you need a balance of bruisers and ranged characters.  The problem is that unless you know how these characters play or figured out the myriad of icons and tokens that denote a specific hero’s style, you’re basically brute forcing your way through situations and experimenting via extensive trial and error..

I don’t want to paint the picture that I don’t like this game, because I genuinely am enjoying it despite the issues I’ve run into.  The action is fun and simple without feeling overly repetitive which is a tight rope to walk when making a brawler.  There’s a stun meter that acts like enemy armor, that once depleted will stagger an enemy and allow you to attack their health directly.  It adds a simple extra layer of depth to the combat that manages to keep things interesting long enough for you to get to a boss battle.  And that simple loop is made better by the wide variety of characters and moves you have at your disposal.

I did wish that my attacks felt a little more powerful though.  It felt a little weird to watch The Avengers struggle against a bunch of convicts in a prison and then proceed to go fight Ultron or something.  But it’s a video game, and you have to be able to deal with weird logic loopholes if you want to have fun sometimes. 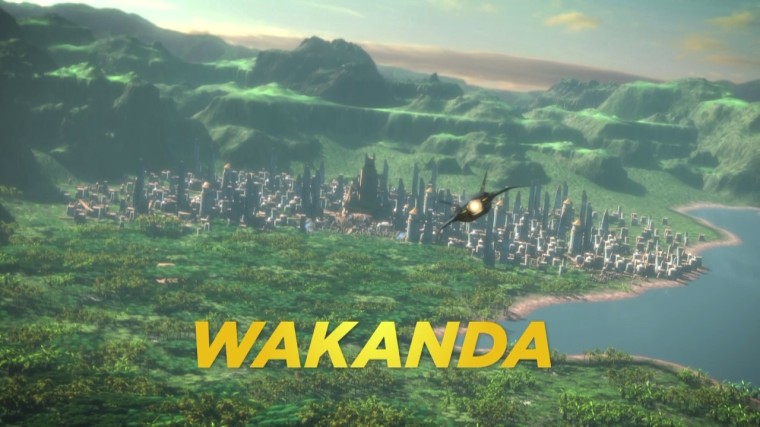 Minor grievances aside, the biggest problems with Marvel Ultimate Alliance 3: The Black Order are mostly of the technical variety.  The camera is hilariously bad at times, getting locked up on some geometry, going in walls, or just zooming in and out in odd intervals in an attempt to be helpful.  While the frame-rate has a tough time holding up when the action and particle effects start to kick up.  The loading times are abysmally long and managed to actively keep me from completing more challenge missions considering the load to get into them was just about as long as the mission itself.

Even the AI and how the logic of the game treats them is strange.  Most of the heroes at your disposal will require you to pick up red and blue orbs that represent health and energy respectively.  Reasonably, the game only allows player controlled characters to pick these things up, but even if you’re filled up on health and pick up an orb, it doesn’t heal any of your teammates.  It sounds like a silly thing to complain about, but it ultimately led to me favoring one character and praying that my team AI wouldn’t get themselves killed because I didn’t want to micromanage their health pickups.

I know it sounds like I’m really down on Marvel Ultimate Alliance 3: The Black Order, but honestly, I’m having a really good time with it.  There are plenty of other things I could pick apart, but despite all of them I just want to keep playing it more.  Marvel Ultimate Alliance 3: The Black Order is the perfect example of a game that does one thing so right, that all of the issues surrounding it don’t seem as bad.

Marvel Ultimate Alliance 3: The Black Order is available exclusively on the Nintendo Switch.