Welcome to the first installment of Gut Check, a feature about first impressions in video games.  To read some backstory on why and how Gut Check came into existence, check out this post.  But without further ado, let’s take a look at the follow up to Job Simulator, the aptly titled, Vacation Simulator…

Welcome to the first installment of Gut Check, a feature about first impressions in video games.  To read some backstory on why and how Gut Check came into existence, check out this post.  But without further ado, let’s take a look at the follow up to Job Simulator, the aptly titled, Vacation Simulator.

For context, Job Simulator was and still is one of the best virtual reality games around because of how nonsensical, nonlinear, yet focused gameplay.  In Job Simulator you were basically in a museum, hundreds of years into the future, learning about the jobs that humans did before they all died.  Things like office work, car repair and others were all available for you to play with, but never was it an actual simulation of how these careers actually were. 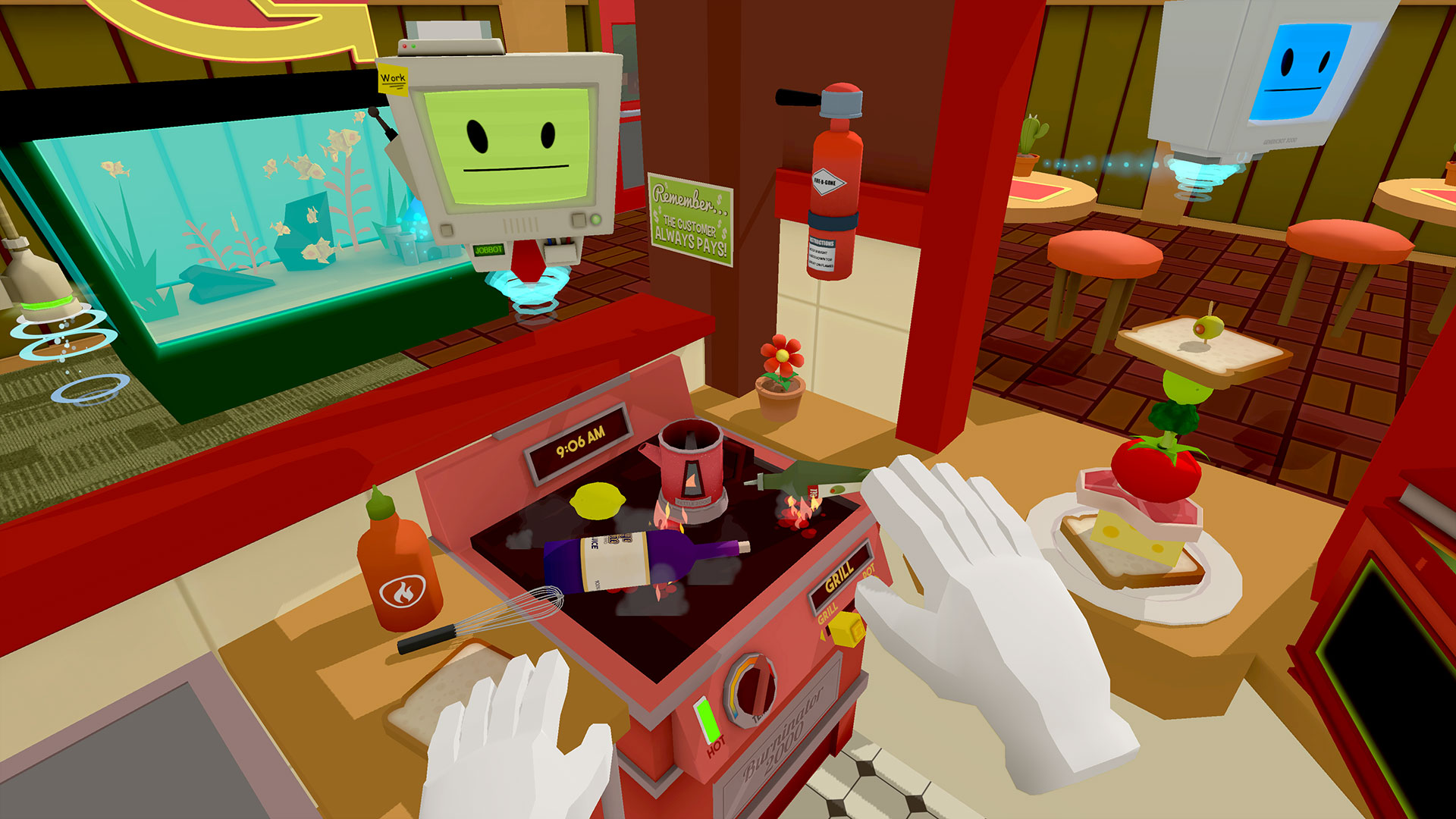 Instead you were hurling around coffee cups, shoving bananas in tailpipes and doing all sorts of goofy things that these robots thought humans did.  It was also a great way to introduce people to VR and get them acquainted with the controls and possibilities.

With all of that said, Vacation Simulator seems to be a more blown out version of its predecessor in just about every way, for better and worse.

The best parts of both Job and Vacation Simulator are the wild interactions that you can have while in a somewhat familiar setting.  Maybe you’ve never worked in a convenience store, but we all have an understanding of what that looks like.  Similarly, Vacation Simulator takes you to a beach, a campsite, and a snowy peak where you can interact with anything that isn’t nailed down and silly interactions with the other vacationers. 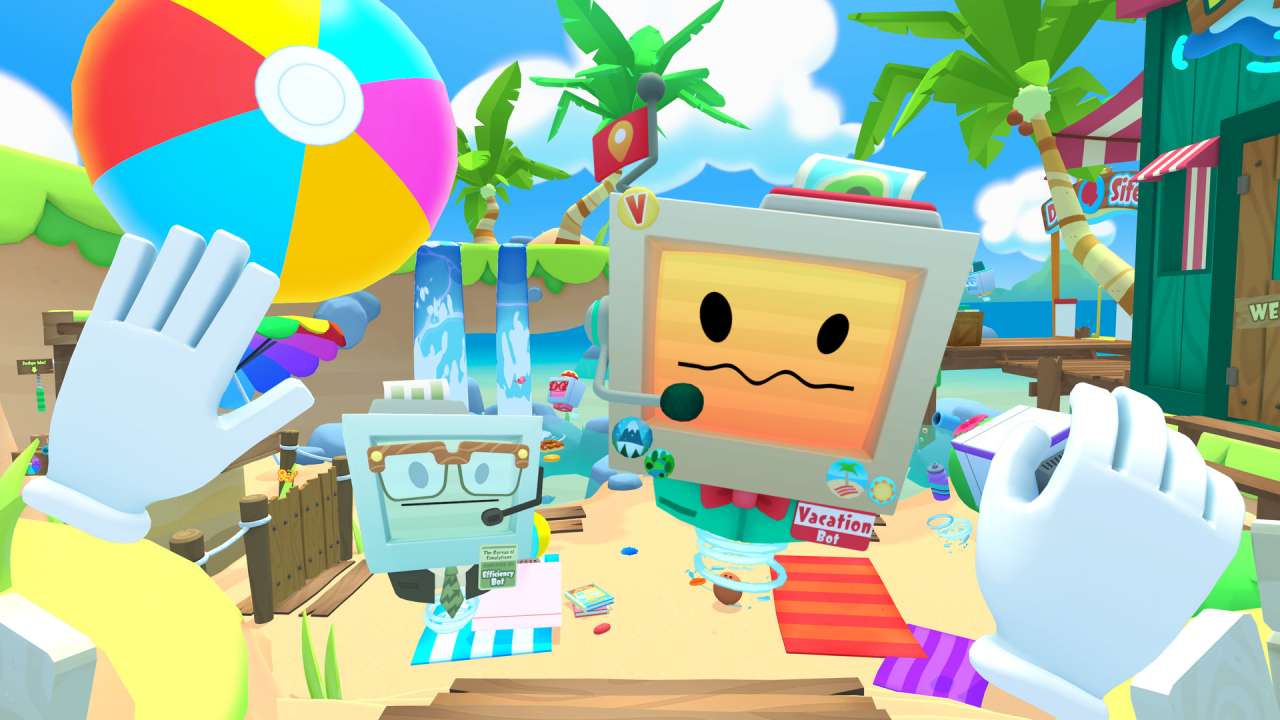 Where Vacation Simulator loses me a bit is in the scope of the thing.  What made Job Simulator so fun and approachable was that you didn’t need to worry about what was going on from level to level, or even mission to mission.  It was all self contained in a way that made it accessible.  Vacation Simulator however, opted to go with a more interconnected world where completing tasks involves you going to different places.  It’s not a bad idea, but it leads to a clashing of ideologies that makes the game seem like it’s at odds with itself.

For instance, in the beach level there was a grill where I could cook up orders for people and deliver it to them.  All of the ingredients for a cookout were right there, and the customers who wanted the food were on the beach.  But as the missions got more intricate and introduced more ways for me to mess up an order, I was also tasked with delivering food to different locations as well as gathering ingredients from those locales too.  In this particular instance it bums me out because someone on the beach wanted a s’more, but I had to go collect marshmallows from the forest map and bring them back to cook up the order.  And since you have limited inventory space, you might find yourself screwing up said order and having to trudge back to the other map.

It just feels a little like (ironically) busy work was introduced into the game to make it seem like a more robust experience.  Now, none of this is ever so off-putting that it made me not want to play more.  Vacation Simulator manages to introduce plenty of new and interesting interactions and missions into the world that keep it interesting.  But I feel that the multi-level objectives end up feeling more like work than just goofing around.

That all being said, Vacation Simulator is a great time for anyone who enjoyed its predecessor and its brand of silly humor.  It’s still a charming and fun virtual reality game that ultimately takes two steps forward and one step back.  The biggest disappointment in my eyes is the fact that this game won’t be the first thing I put new VR players in.  Job Simulator is still the game I get people to try out who are curious about VR, because of how straightforward it is.  Vacation Simulator layers on a bit too many elements to make it approachable to first time users for my tastes, but it’s still one hell of a good time.  I’ll continue to play this one for sure.