For the past few weeks I’ve had ample access to an HTC Vive, showing it to family and friends alike, but mostly just messing around with physics playgrounds and breaking things.  Aside from the setup, the sweating, and occasionally knocking things over, it’s been pretty great.  There are a handful of games that I’ve been playing, some old and some new, that I thought I’d highlight…

For the past few weeks I’ve had ample access to an HTC Vive, showing it off to family and friends alike, but mostly just messing around with various physics playgrounds and breaking things.  Aside from the setup, the sweating, and occasionally knocking things over, it’s been pretty great.  There are a handful of games that I’ve been playing, some old and some new, that I thought I’d highlight. Recently a new feature was launched on this site called Gut Check wherein I talk about the opening hour or so of a game and go over my impressions of them.  I decided to start out with Vacation Simulator, a game I ultimately ended up enjoying a lot.  Now, you can read my initial take on it here, but not much has changed from that.

I still find some of the design decisions questionable, but I’m still having fun with it and its charming atmosphere.  There’s just something fun about picking things up and throwing them around in VR.  I will say that after playing it some more, I find that a lot of the objectives are pretty rigid and don’t allow for much in the way of creativity.  It feels more like a puzzle game than its predecessor Job Simulator, but it’s still a fun VR experience nonetheless. I EXPECT YOU TO DIE

Speaking of throwing things around and solving puzzles, I Expect You to Die is a really cool puzzle game that puts you in the shoes of a secret agent trying to escape from various traps and accomplish missions.

The first case you’re assigned on is to escape a car that’s in the back of a cargo plane that’s filling up with noxious gas.  In what’s basically a tutorial, I had to do things like disarm a bomb and dodge laser beams along with less exciting things like burn notes to find the secret note hidden underneath.

It’s a game that doesn’t take itself too seriously and let’s you mess around with everything you can reach.  My only complaint is how much it relies on trial and error, making you replay the entire level in the hopes of making it to where you died and hopefully figuring out the solution.  It just feels a little tedious sometimes, but it’s still a lot of fun. 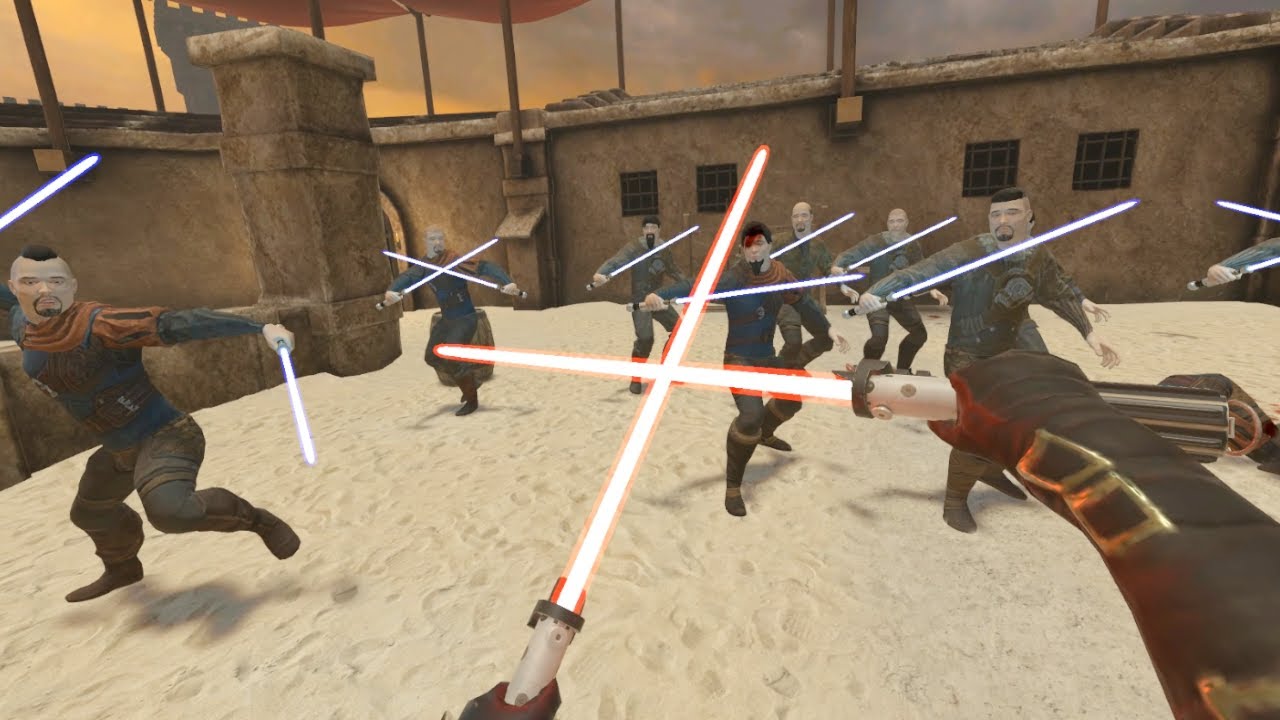 So I’ve basically been playing Blade and Sorcery every time I put on the headset.  You play as some sort of fighter in a suit of armor, and go to different levels and take on different combat challenges.  Sometimes it’s one on one fights, sometimes you’re vastly outnumbered, but no matter what, it always feels good to swing a sword in VR and this is no exception.

For as fun as the core loop of just sword fighting fools is, I found the overall game to be pretty thin at the moment, not really offering anything in terms of progression or diversity in objectives, but it is in early access to be fair.

I also found that sometimes the movement controls just don’t work which might be a game problem or my specific VR kit problem, I can’t be sure.  But I really would like to see more sorcery from a game that has sorcery in the title.  As of now, you can only really zap people with lighting which stuns them and will kill them if sustained long enough.

But the real highlight of Blade and Sorcery isn’t what’s in the game, but what you can mod into the game.  Full disclosure, I got this game because I saw there was a mod that turned it into a Star Wars experience.  So whenever I want to hop into some action, I grab a light saber, a blaster, and mow down an endless horde of Sith and Jedi alike.  And that’s all made better when you install the infinite magic mod which allows you to have infinite slow motion.  It let’s me feel like the baddest of asses and I’m 100% onboard with whatever they add into the core game.

I really enjoy VR, but it just doesn’t have enough quality content available to move headsets.  Along with that, we’re still a few iterations away from getting a powerful, wireless headset that wont set your head on fire and somehow has a decent battery.  Till then, just find a friend with VR and experience it through them.